Funke Akindele, others react to Falz’s new tattoo of all his family members on his hand 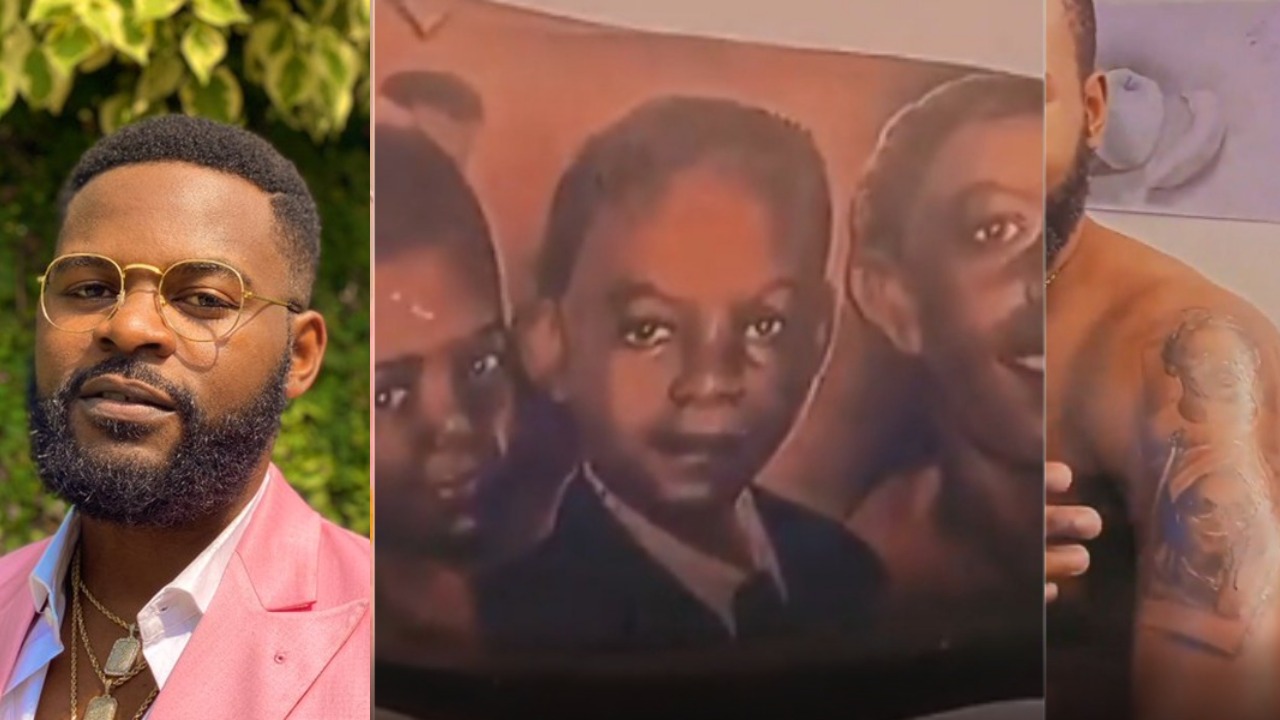 Sensational singer and actor, Folarin Falana popularly known as Falz has sent social media into a frenzy with a video of the tattoos he drew on his body.

According to the 30-year-old, he decided to tell a story with the tattoos hence the reason why he tattooed the images of his family members which consists of his father, mother, his two sisters and him.

I told you this summer will be dangerous! Linked up with the sickestttt tattoo artist in Lagos & we have started telling my story!!”

@acupofkhafi wrote “So good to see it healing well! Lol mommy and daddy can’t be angry since it’s a picture of them”

@tmx0 wrote “I like as you use the first tattoo bribe everybody “but it’s your face naw!?”