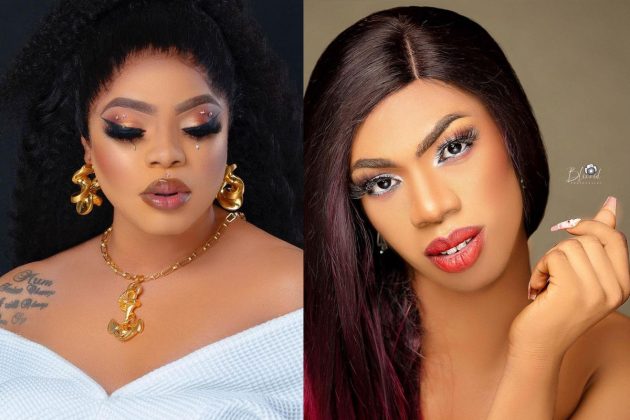 It looks like the clash between popular crossdressers, Bobrisky and James Brown will not be ending anytime soon.

This comes as James Brown in a latest post has once again lashed out at Bobrisky, who happens to be his senior colleague.

James Brown who calls himself African Princess in a recent post has called out Bobrisky over his claims of being a Queen Mother.

Ser also: I It was God’s design – Veteran actor, Jide Kosoko speaks on why he married four wives

In a recent interview with Adesola Momoh, a TV Host, James Brown again warned Bobrisky to get off his back. Brown added that he only knows and respects Denrele Edun and no one else when it comes to their Crossdressing Business. He also addressed Bobrisky as the queen of Cockroaches.

It was God’s design – Veteran actor, Jide Kosoko speaks on why he married four wives

Reactions as actress, Mercy Johnson threatens not to give food to her 10 months old baby