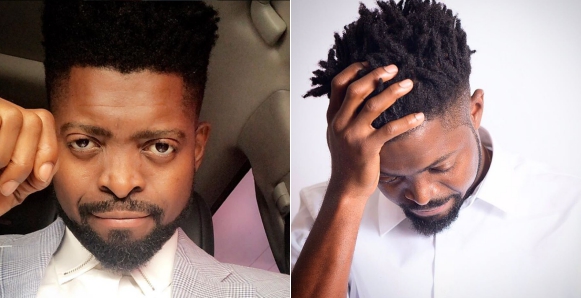 Nigerian comedian and actor, Bright Okpocha better known as Basketmouth in a latest post via his Instagram account has given his opinion on why popular social media giant, Twitter chose Ghana over Nigeria for its African office.

Basket mouth in his video gave his reason as he compared it with a story of a boyfriend and girlfriend.

According to him, Twitter wants to be close to Nigeria which was why the social media platform chose Ghana.

His video has received reactions from fans and followers who hailed him for a bright explanation.

Recall that a few days ago Twitter announced plans to locate its African headquarters in Ghana.

See also: Reactions as Twitter is set to open its African Headquarters in Ghana

The report has continued to gather reactions online as many Nigerians believe the office should have been situated in the country instead of Ghana.

Your queens will multiply – Prophetess Olori Naomi prays for her husband, Ooni of Ife at her birthday dinner, he reacts