‘I am a proud father’ – Billionaire, Otedola says as he poses with DJ Cuppy’s billboard 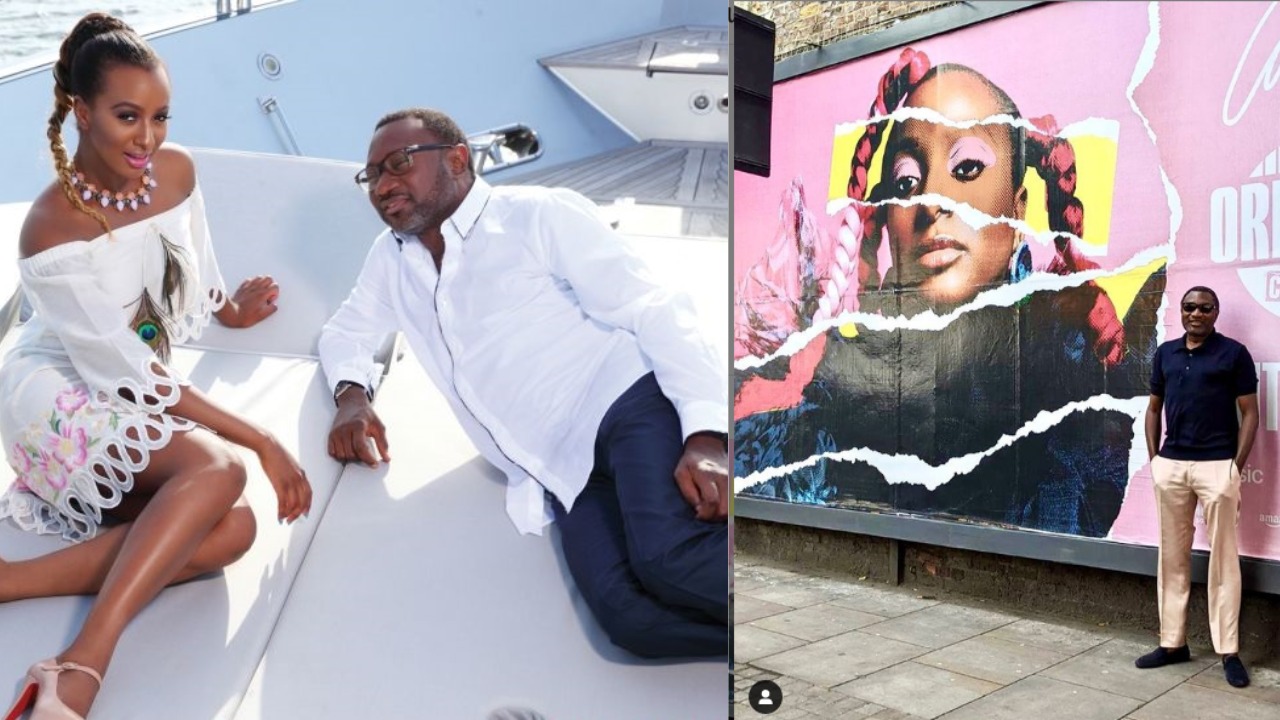 Famous Nigerian, Billionaire, Femi Otedola took to Instagram to disclose that is a proud father.

According to Otedola, his daughter, DJ Cuppy has made him proud with the classical album she just released.

Sharing a photo he snapped when he bumped into her billboard, the father of four wrote;

‘Pray for me’ – DJ Cuppy Otedola laments over her new…

“A proud father that always supports! My daughter @cuppymusic made a classic album with “Original Copy!” Oxford University next! …F.Ote”

Reacting to these praises, Cuppy wrote in the comment section;

“Omg Papa … Always there when I need you, love you so much! xxxxxxx” 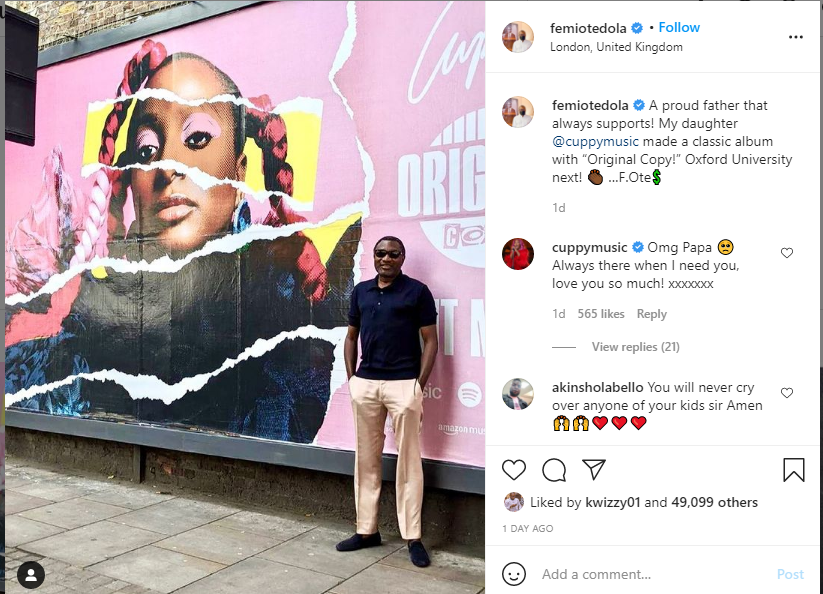 As we all know,  DJ Cuppy happens to be one of the most trolled celebrities on social media and just recently, she was dragged by a troll who condemned her song. Read the story here…

Actress, Regina Daniels thanks fans, friends for support during surgery