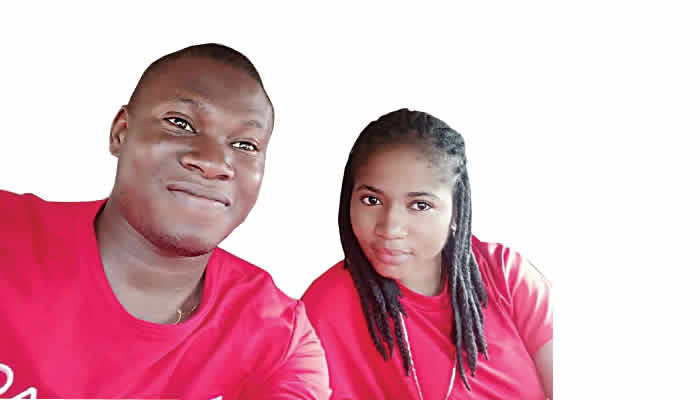 Recall that theinfong had earlier reported the death of Nigerian comedienne, Ada Jesus.

Her husband, Nnadi Kingsley in an interview with The PUNCH said he did not think his wife would die at the young age of 24.

Police Arrest Two Persons In Connection To The Murder Of…

He stated that he was hopeful she would recover from the kidney disease she was battling with.

In an emotional interview with Saturday Beats, the 28-year-old father of one narrated his last moments with his wife.

He said, “I am not feeling okay at all. My wife was someone I loved so much. It is so heartbreaking and sad that she has died. I was with her at the hospital when she gave up the ghost. I was staring at her till she gave up. I never thought she would die at such a young age. Even when she gave up in my presence, I still had hopes that she would come back to life. I and Mr Harrison Gwamnishu were present at the hospital and none of us thought she would eventually die. I had so much hope that she would live and the doctors also raised our hopes as a family.

Olamide, Illbliss and others celebrate with Reminisce as his wife clocks 40 (Photo)