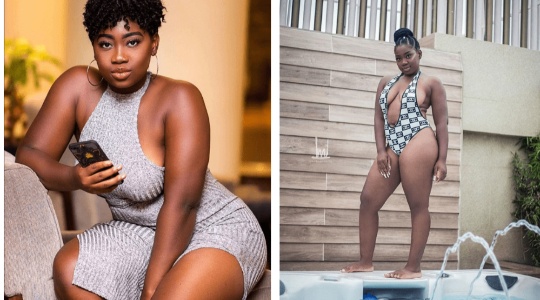 Ghanaian nudist Shugatiti has revealed why she stopped going to church.

According to her, whenever she stepped foot in a church, everyone wanted to sleep with her, from the pastor to the instrumentalists and everyone else.

Shugatiti told Pulse Gh in an interview that she stopped going to church due to that.

According to her, there are several reasons why she has quit church but pointed to favouritism and demand for sex from pastors and instrumentalists.

It’s been a while since I went to church. The last time was in church was seven years ago or more,” she told David Mawuli.

She continued: “If you want a place where they practice favouritism and where there are plenty of sins, it’s the church. When you go to church, the instrumentalist, pastor and everybody want to sleep with you.”

“Aside from that, if you don’t give, nobody wants to talk to you. The biggest contributor to any fund they raise is the king. Those kinds of things put me off and that’s why I don’t like to go to church,” she said.

Shugatiti disclosed that despite ditching church, her relationship with God is intact and that when she needs something, she fasts and prays.

“So, now, when I need something, I just fast and pray to God and I get it,” she disclosed.

2face’s first daughter, Ehi reacts to claims that she looks like him

Kemi Olunloyo curses anyone that calls her aunty or mummy