“I Tattooed Bobrisky On My Arm To Get Fame & Money; It Didn’t Work” – Man Cries Out 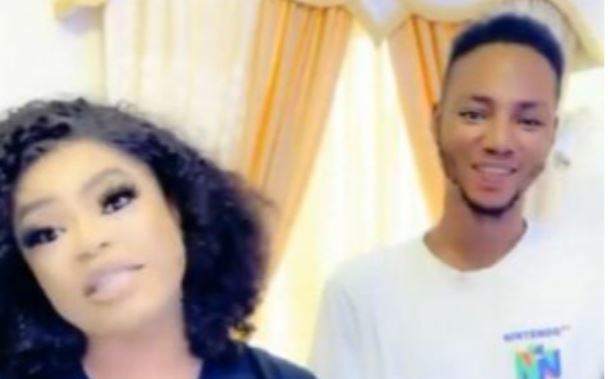 The young man who tattooed popular Nigerian crossdresser, Bobrisky on his arm has explained that he thought he was going to get fame and money from his actions.

The young man has now stated that he drew a tattoo of Bob in order to get fame but then it did not work for him.

In a recent video he posted on Instagram, he explained that he had wanted to get money from Bob to build his career, but ended up being disappointed as things did not turn out as he envisaged.

He used the opportunity to urge fans to express their love for their favorite only because of the their true feelings and not for what they stand to gain.

Read Also: See Beautiful Moment A Man Stayed With His Wife In A Labour Room

He said, “If you love someone and you want to show how much you love them, please…show it for the love you have for them not for money or something you want from them.

“What worked for someone else might not work for you, I don’t regret having bob face in my hand because I thought she was going to give me money to build my career, my comedy. But it didn’t work for me…”

Watch him in the video below