I will not let my kids bear their father’s family name – Woman sparks debate, Nigerians react 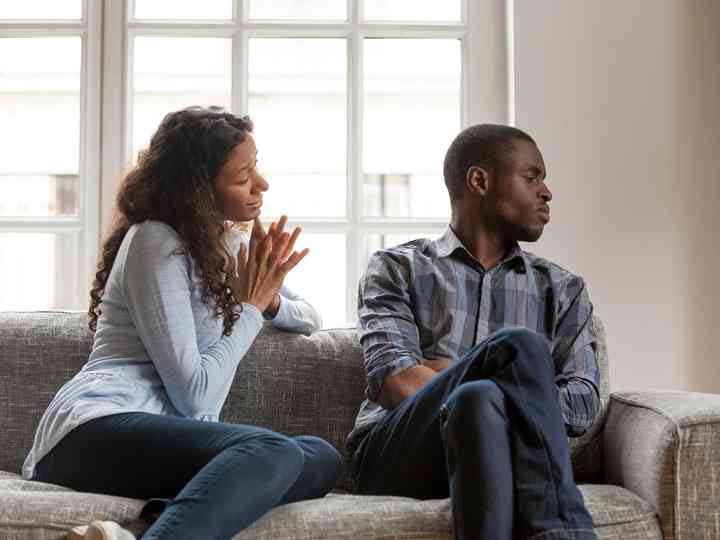 A woman has spark debate on social media after she took to her Twitter handle to reveal that she wouldn’t let her kids bear their father’s family name.

According to the woman, she would prefer her kids to go by their father’s name instead of bearing the name of a man she didn’t know the kind of life he lived.

The woman identified with the name @Grace-undiluted wrote, ‘I will not let my kids bear their father’s family name. My children will not bear the name of a man I don’t know the kind of life he lived. If he is evil, good, bad etc. Name is strong, the name we bear affects our life and I’m never going to take that risk with my children.”

Woman beats up a Pickpocket who tried to steal from her…

She added in another tweet, ”God willing I marry a man whose father is alive and he happens to be a good man we will join his name and my husband’s name as our children’s surname but most likely, my children will bear my husband’s name. They should answer their father’s name so that when something bites, we will know where it’s coming from.” 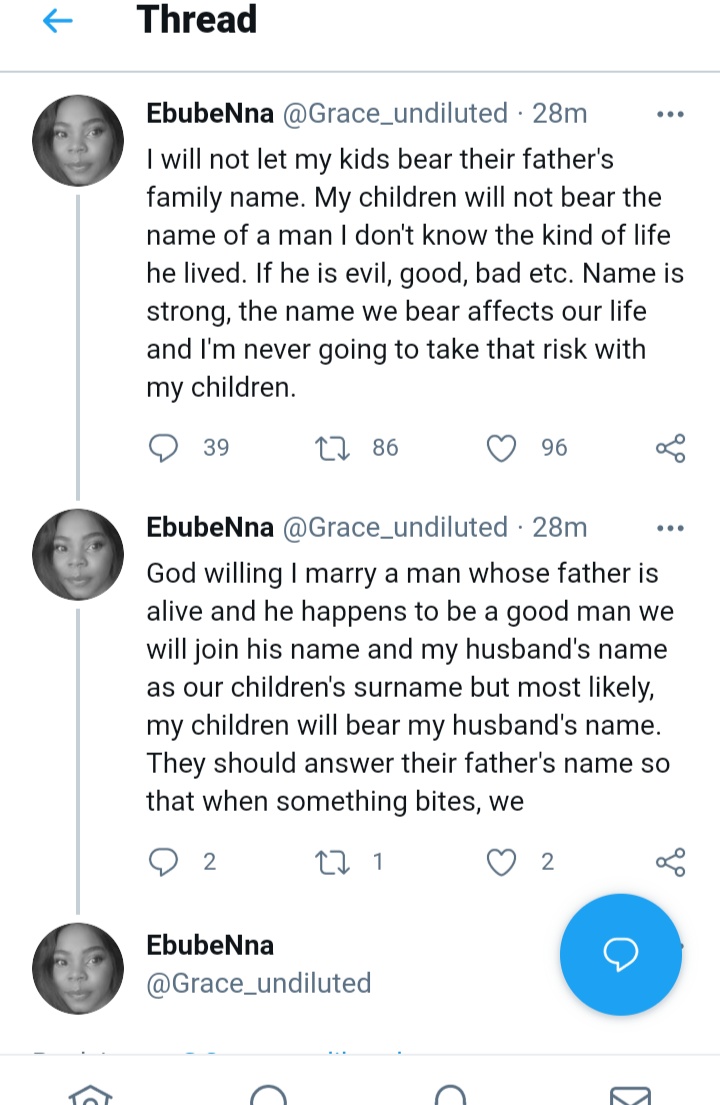 The tweet has sparked mixed reactions on social media. While some stressed that a change of name doesn’t mean anything, others agreed that a child should bear the father’s name.