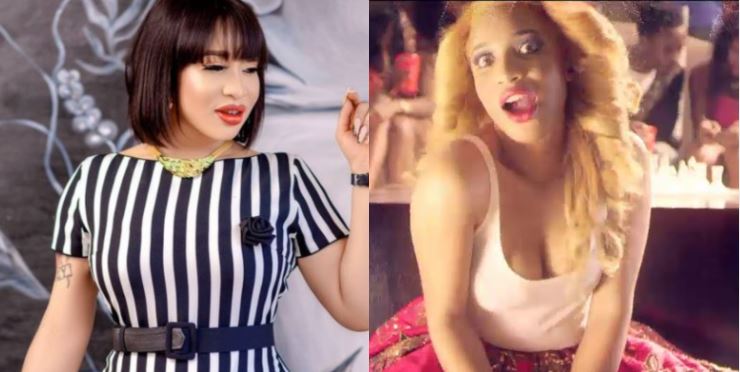 Nollywood actress Tonto Dikeh has taken to Instagram to mock her singing voice and she joked that she won’t forgive fans who hailed her when she released her debut single titled “Hi”.

The script interpreter once dabbled into music and was signed by D’banj to his record label, DB Records, in June 2014.

She then released “Hi” and “Itz Ova”. Both songs received mixed reactions until the excitement surrounding Tonto’s music debut died down.

Tonto took to Instagram today to reveal that her son, King Andre is running from her singing voice.

She added: “Even if I forgive anybody, I no go forgive those fans why they hailed me that time when I sing Hiiiiiiiii.”