Ikorodu Bois excited as they get a call from popular American Director, Zack Snyder (Video) 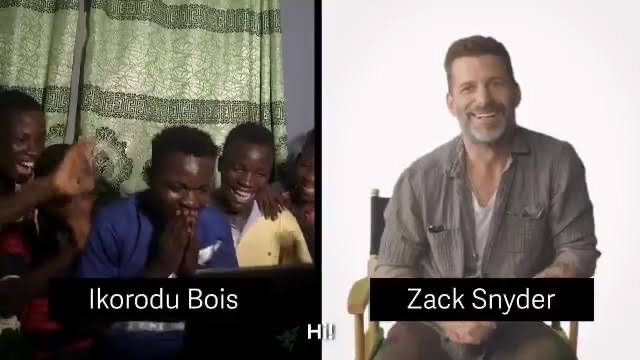 Nigerian sensational group, Ikorodu Bois have ticked a box off their bucket list as they meet with Hollywood director, Zack Snyder.

The group simply shared a superior new remake of the Army of the Dead trailer, and Zack Snyder loves it.

Ikorodu Bois, a Nigerian on-line comedy group that’s recognized for its enjoyable and artistic reimaginings of common music movies and Hollywood film trailers. The group is comprised of three younger siblings and their cousin who’ve been making and sharing these movies since 2017. They’ve spoofed all kinds of movies including Extraction 2, Bad Boys For Life, Money Heist, and now Army of the Dead.

The level of detail and creativity in the Ikorodu Bois’ (@IkoroduB) remake of the ARMY OF THE DEAD trailer is simply out of this world. pic.twitter.com/bVxMDIx9AI

Their recent work got them a special recognition from the Justice League director who had a direct video call with the elated group. Snyder responded to the remake, calling it wonderful and hopes to see their movies some time soon.

After the Ikorodu Bois (@IkoroduB) remade the ARMY OF THE DEAD trailer, we showed it to Zack Snyder for his take.

(hint: he loved it) pic.twitter.com/olSQlzO1Mw

School Is Not Scam; I Missed A Life-Changing Appointment Because I Don’t Have Required Degree – Soso Soberekon