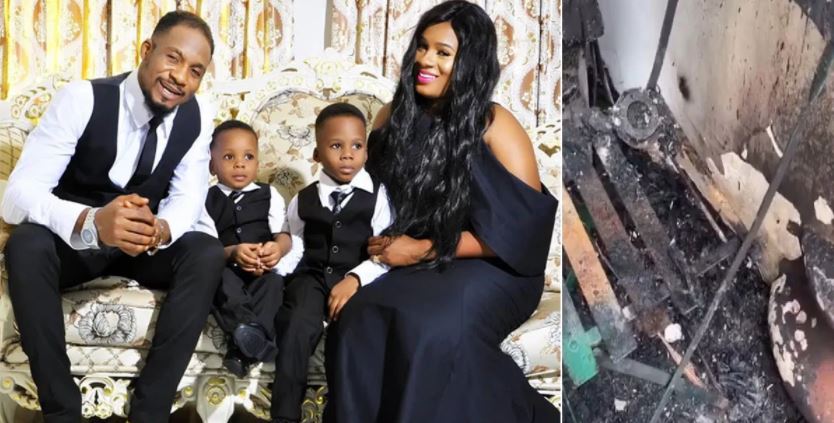 Popular Nigerian actor and businessman, Junior Pope Odonwodo is full of gratitude as he and his family escaped a tragic fire accident at their home.

Junior Pope revealed on his Instagram page that his house was gutted with fire whilst the entire family was asleep, but for the saving hand of God, they survived the accident as none of them sustained injury or died.

The Nollywood star who is a father of two and happily married believed he has nothing to be accused of that will warrant an attempt assassination of his life by his enemies.

Sharing a video of some areas that were affected by the fire, Junior Pope implored his fans to join him express his gratitude to God for saving him and his family and assured his fans that his entire family is safe.

“Join Me In Thanking God Ooooooooo
My House Almost Went Up In Flames While My Family Slept But GOD Intervened.
My Hands Are Clean Oooooooooooo,(Akam di Ocha)
God Is The Greatest (final full stop)
My family and I are safe…..”