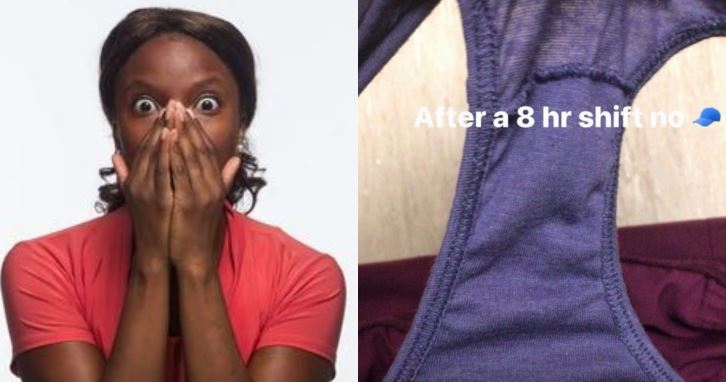 An American lady has riled up social media after posting photos of her panties on Twitter in order to prove a point.

The lady identified as Sabela on Twitter took to the platform to share a photo of her underwear, claiming it had no stains after working an 8-hour shift.

The post did not apparently get the attention she’d expected as users took turns to bash her for posting such photos online.

See the photo and some reactions below:

Read Also: I would rather go for adoption than have my own kids – Nigerian plus-size model, Monalisa Stephen reveals 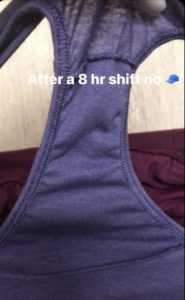 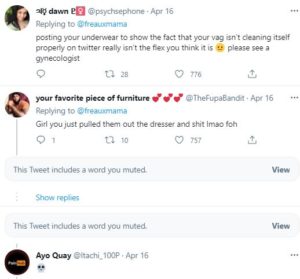 Read  Also:  Watch as veterans Omotola Ekehinde and Emeka Ike link up after many years (Video) 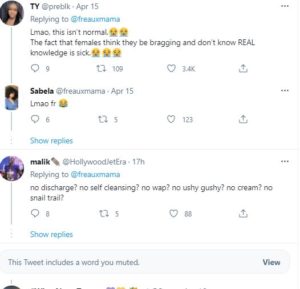 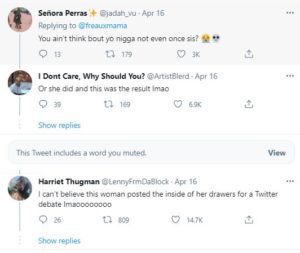 Wherever you lead I will follow – Toyin Abraham vows to husband