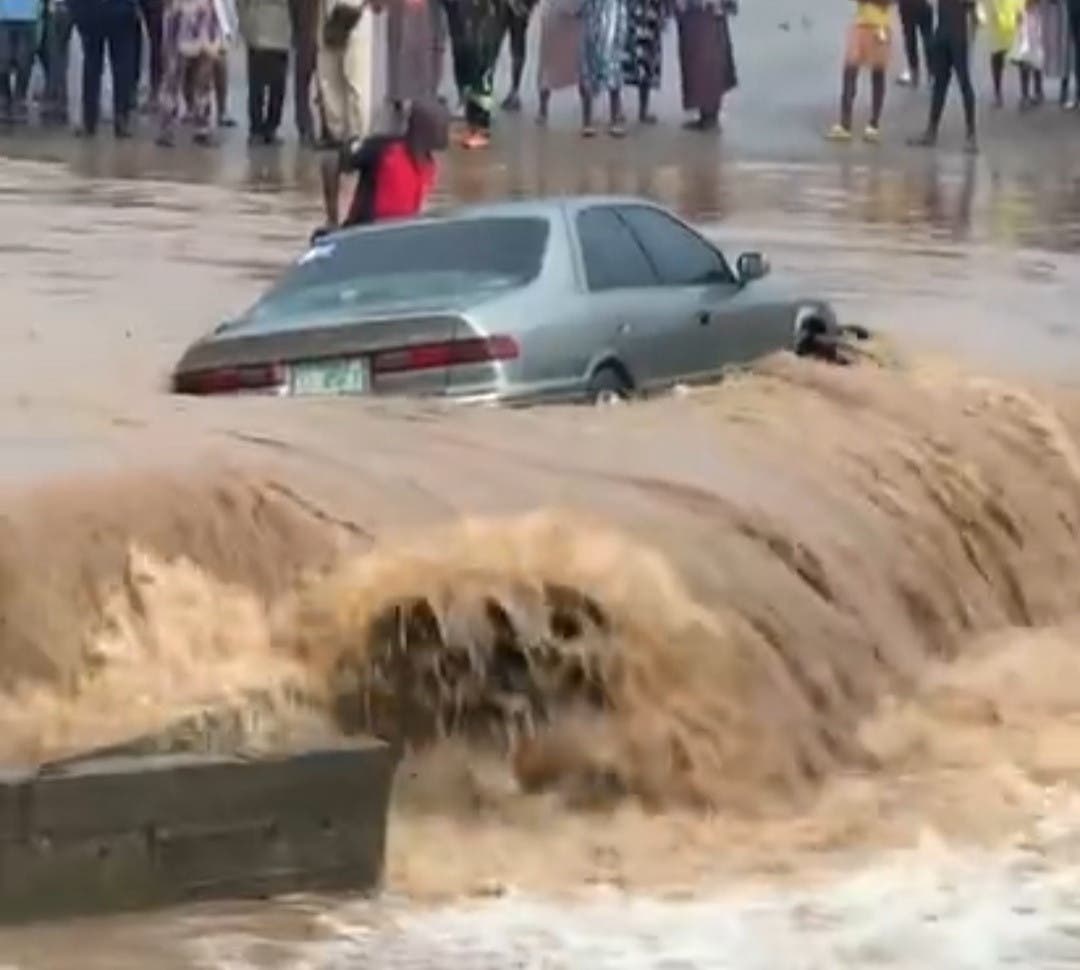 According to a video that has gone viral, a driver was left stranded after his car got stuck in the flood as it rained heavily on Thursday, April 22.

In the video shared online, the man couldn’t leave his car for fear he would drown as the water level kept rising while some passersby looked on.

The video was shared by Media personality, Benjamin Okoh who called on the state government to help the man.

Fortunately, the passersby standing in the area succeeded in pulling the man to safety as they helped retrieved his car.

God help this man. He and car are both stuck. He can’t come down, he’d be swept away but the car is gradually be dragged to the edge. Can authorities pls come to his rescue? This morning’s downpour. This is Eniola Davies street, Fagba, New Oko-Oba @jidesanwoolu @lagosstategov pic.twitter.com/uM3QPXht3x