Segun, a top ranking member of Eye Confraternity, had been on the run for a while since he got the wind that he had been declared wanted by the police for his atrocities in Ikorodu area of Lagos State.

But he was sighted in Ikorodu today 4th April, 2021, while the DPO Sagamu Road Division and his men were on Surveillance patrol around Ikorodu.

The suspect, who has been fingered in many murder cases, including alleged killing of a policeman, in Ikorodu, was arrested in possession of 2 locally-made revolver pistols, each loaded with 7 and 14 rounds of cartridges, one axe, some cutlasses and assorted charms. 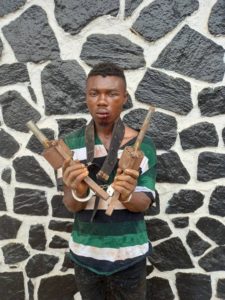 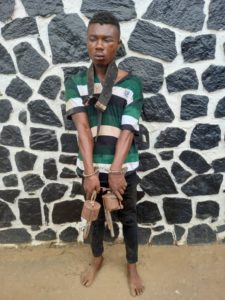 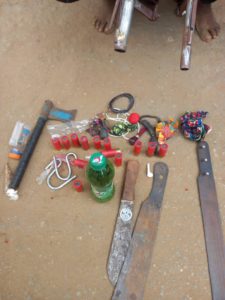 The Commissioner of Police, Lagos State, CP Hakeem Odumosu, has directed that the suspect be transferred to the State Criminal Investigation Department for proper investigation and possible prosecution.

CP Hakeem Odumosu further stated that the command will leave no stone unturned in making sure that Lagos State is rid of criminals, especially cultists who are the major perpetrators of crimes and social vices in the state.

Lady whose fingers are not complete shares her sad experience, as she shows off her lover