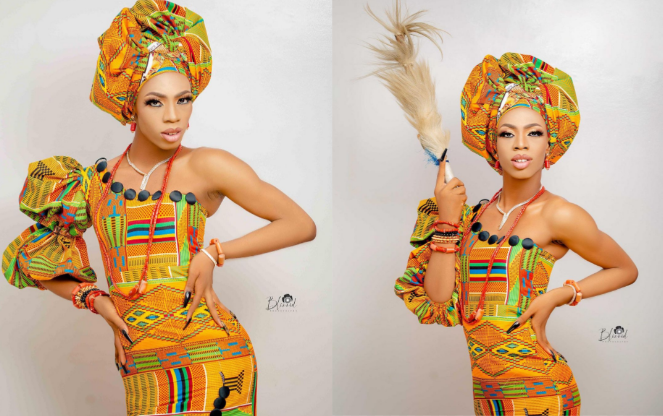 Nigerian controversial crossdresser, James Brown is making the headline once again and this comes after he took to social media to declare himself the princess of Nigeria and Africa.

James Brown had earlier taken to his social media timeline to share a video of himself as he stressed that no one should call him a prince but a princess.

However, Nigerians have taken to social media to react to the way he pronounced Africa as Africow and many went on to tag him princess of Africow.

The video has been trending massively on social media.

See also: Mothers will be mothers – Reactions as DJ Cuppy’s mom sends a message to her for exposing too much skin in new photo

James Brown is one of the popular and most followed crossdressers in the country after Bobrisky.

Man recounts his traumatic encounter with kidnappers on Benin-Ore Expressway