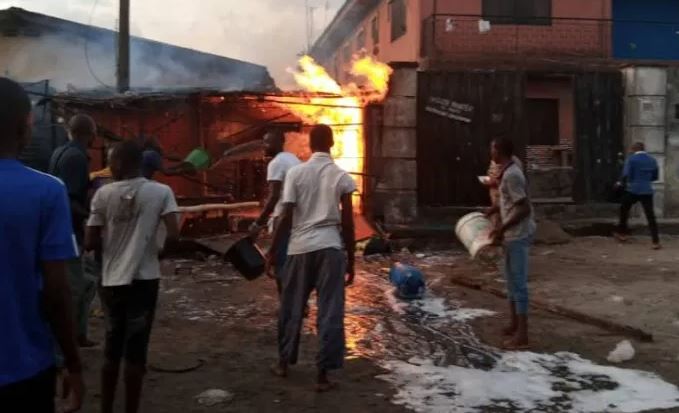 A deadly gas explosion rocked Amuwo Odofin area of Lagos with many people said to be injured.

A gas tank was said to have exploded, with balls of fire emanating from the affected building.

Officials of the Lagos State Emergency Management Agency, LASEMA, were on ground to dowse the flames and rescue injured victims

Nosa Okunbor, LASEMA’s spokesman confirmed the incident but said no details were available at press time.

In other news, An unspecified number of headless bodies were found at Five Miles area in the outskirts of Cross River capital city, Calabar on Tuesday. Punch reports

Eyewitnesses, who were at the scene, said men and women were among the dead bodies dumped in a valley by the double carriageway under construction.

Some pegged the figures at 15, while others said there were up to nine bodies.