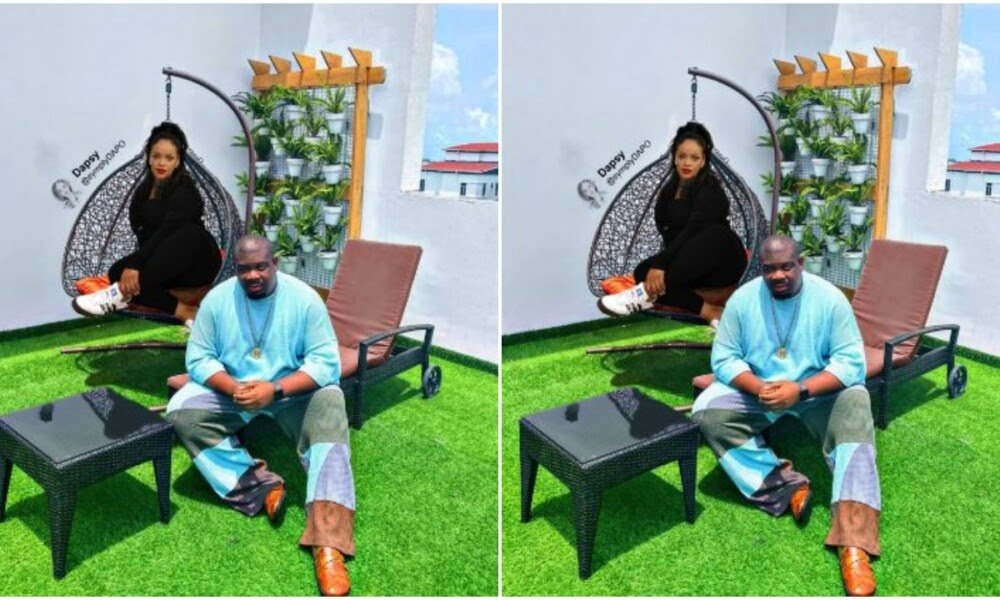 It seems Nigerian ace producer and Mavin boss, Don Jazzy is willing to go any length to show his love for international singer, Rihanna.

This comes as a Twitter user shared his conversation with the ace producer where the Mavin record boss revealed how he stumbled on a job of the photo editor; pleased with his edits, he asked the Twitter user to do a job for him.

The Twitter user offered to work for Don Jazzy for free, and he photoshopped Rihanna to a picture of Don Jazzy. He was later offered the sum of two hundred thousand Naira for the job by Don Jazzy.

Again Rihanna peppers Don Jazzy and others with hot photos 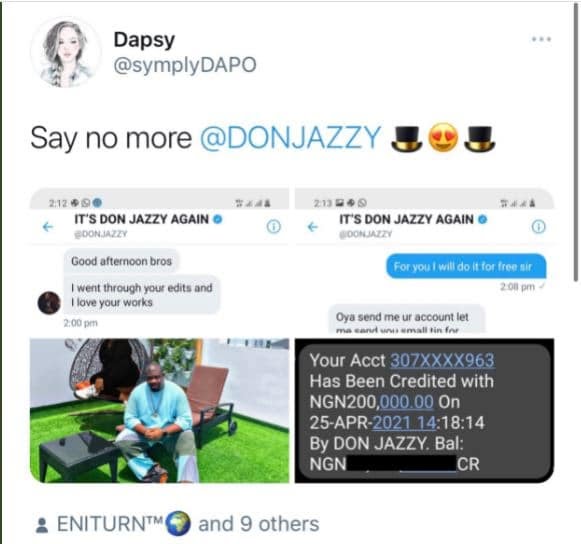 This is not the first time a photoshop photo of Don Jazzy and Rihanna  will surface on social media.

Actress, Etinosa talks about how much she looks forward to coming back home to meet her daughter alive