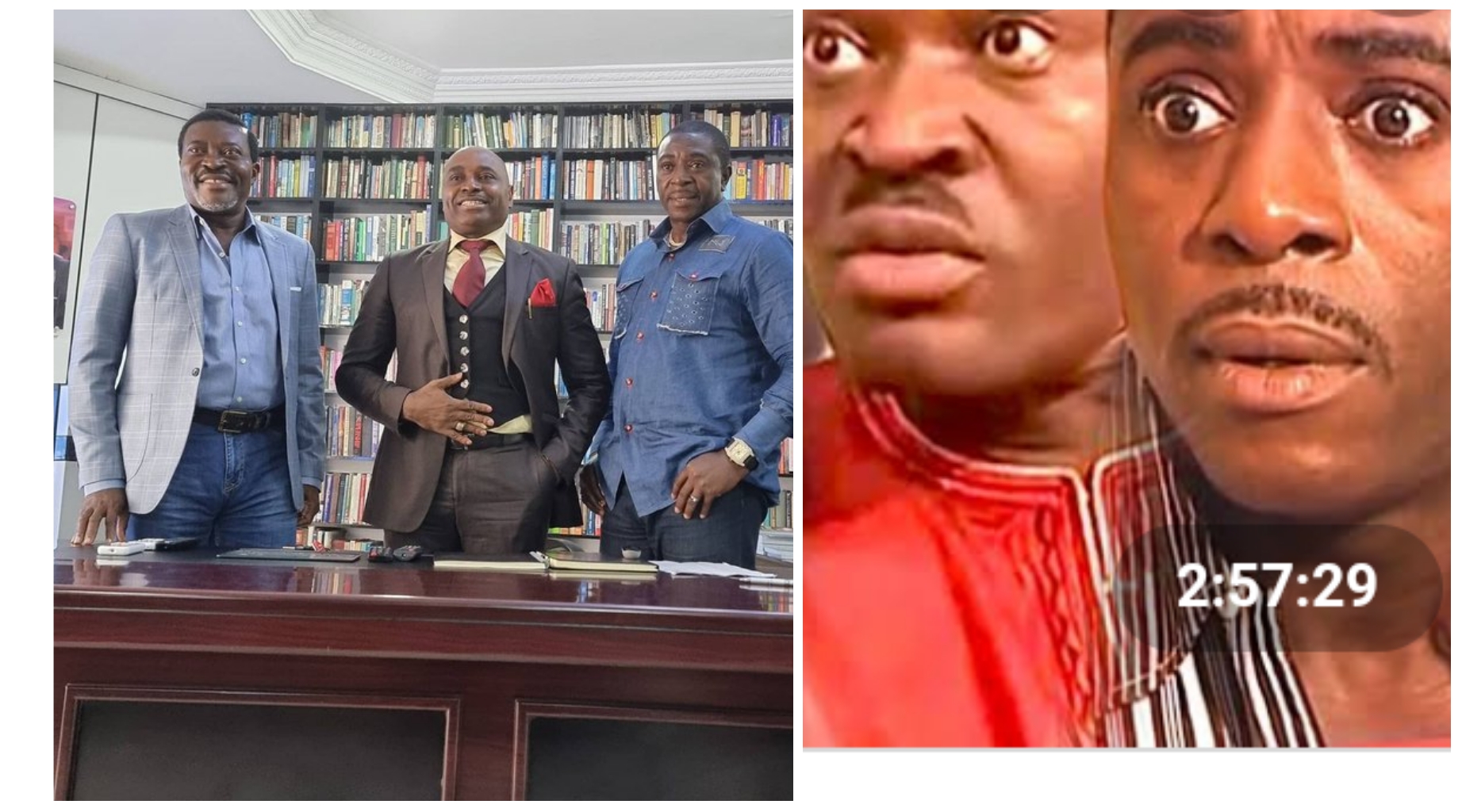 Veteran actor and lawyer, Kanayo O Kanyo recently took to social media to share photos of him and his colleagues which include, Kenneth Okonkwo and Bob Manuel Udokwu.

The pictures seem to have been taken after a recent lecture which was attended by the likes of Omotola Ekehinde and Emeka Ike, who also linked up when they met.

See also: Watch as veterans Omotola Ekehinde and Emeka Ike link up after many years (Video)

The photos have spark different reactions from their fans and followers with many describing them as the three Musketeers.

Nollywood actors, Kenneth Okonkwo, Kanayo O Kanayo and Bob Manuel Udokwu were popular for their roles in Nigerian movies which in many cases have to do with blood money or a secret society.

I told him to use condom: Man arrested after infecting 13-year-old girlfriend with STI during romp s3x