Recall that a few hours ago, the mother of one took to Instagram to share photos from when she was appointed as an ambassador.

According to Ronald, the award is illegal and has nothing to do with United Nations.

In a brief interview with BBC Pidgin, the director clarified this, noting the many scam bodies posing to be United Nations and defrauding unsuspecting persons.  Ben Dotsei Malor, the chief editor of dailies, United Nations, also took to Facebook where Tonto had announced her award, to clarify the disconnection of the so-called award with their institution. 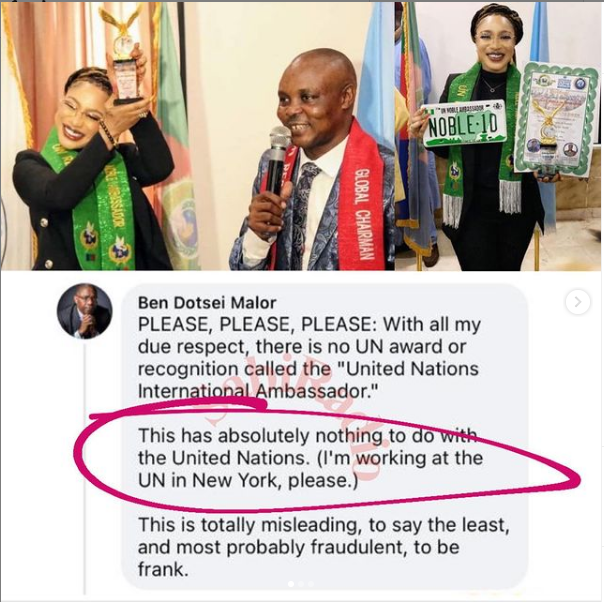 @oneloveforsure456 wrote “This Tonto is trying so hard. Nothing but scammers”

@csfabrics wrote “If I were her, I will never step forward for any more awards… If they want to give, they should send it to her address”

@ms__amarachi wrote “She’s trying too hard. Somebody should tell her to stop. She’s an impressive actress she should stick to that”