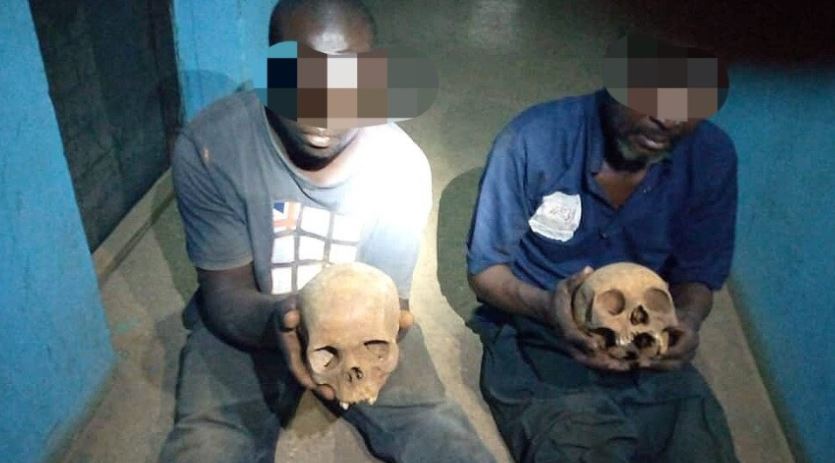 The Kaduna police command have confirmed the arrest of two suspected ritualist with human skulls at a Muslim cemetery.

On Saturday,ASP Mohammed Jalige, the command’s Public Relations Officer, who confirmed their arrest said that the suspects were also caught with a hoe.

According to him, “On Äpril 23, 2021, at about 21: 30 the command received a distress call that some people suspected to be carrying out a heinous act were sighted at a Muslim graveyard at Kudenden.”

“On getting the report, operatives were immediately dispatched to the area where they succeeded in apprehending the suspects.

”Recovered from the said persons were a hoe and some human skulls.”

He added that further investigation was ongoing and the suspects will soon be charged to court.

Man arrested for dating 35 women at the same time