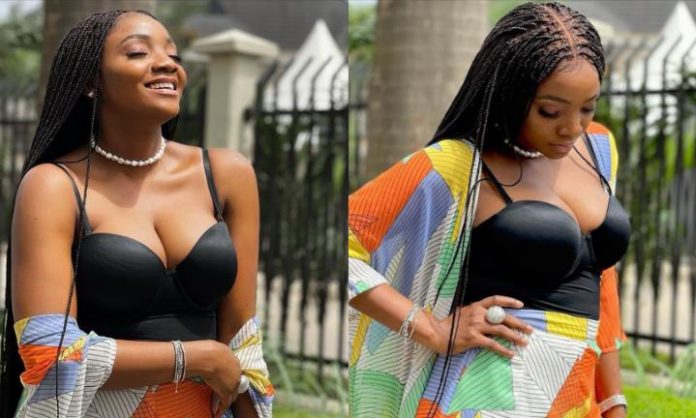 An online troll has blasted Nigerian Afrobeat singer and songwriter, Simisola Kosoko Popularly known as Simi has her over the latest cleavage bearing photos on social media.

Simi shared stunning photos of her donned in Ankara outfit that has got heads rolling and that includes her husbands – See his reaction here: Adekunle Gold reacts as Simi shares sultry cleavage-revealing photos

The ‘duduke’ crooner stroke some great poses looking all happy under the sun and sent a message to her haters saying that anyone who dislikes her is a bad vibe. 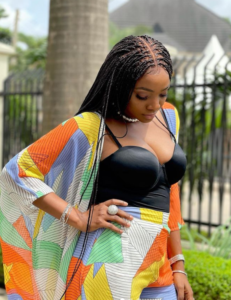 Reacting to her post, many of her fans expressed admiration and showered kind compliments on her but a follower identified as @cruisecontrol147 condemned her style of dressing describing it as wrong and rubbish for exposing her b00bs as a mother.

Ths is very wrong! You are a mother and still posting this kind of rubbish… So sad look at your breasts outside

“If you leave your relationship due to cheating, then you have no business with marriage” – Uti Nwachukwu