Actor,Ogbolor discloses why physical appearance should be considered before getting into a relationship 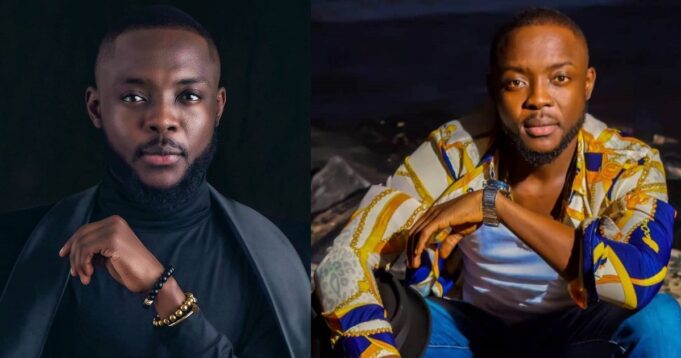 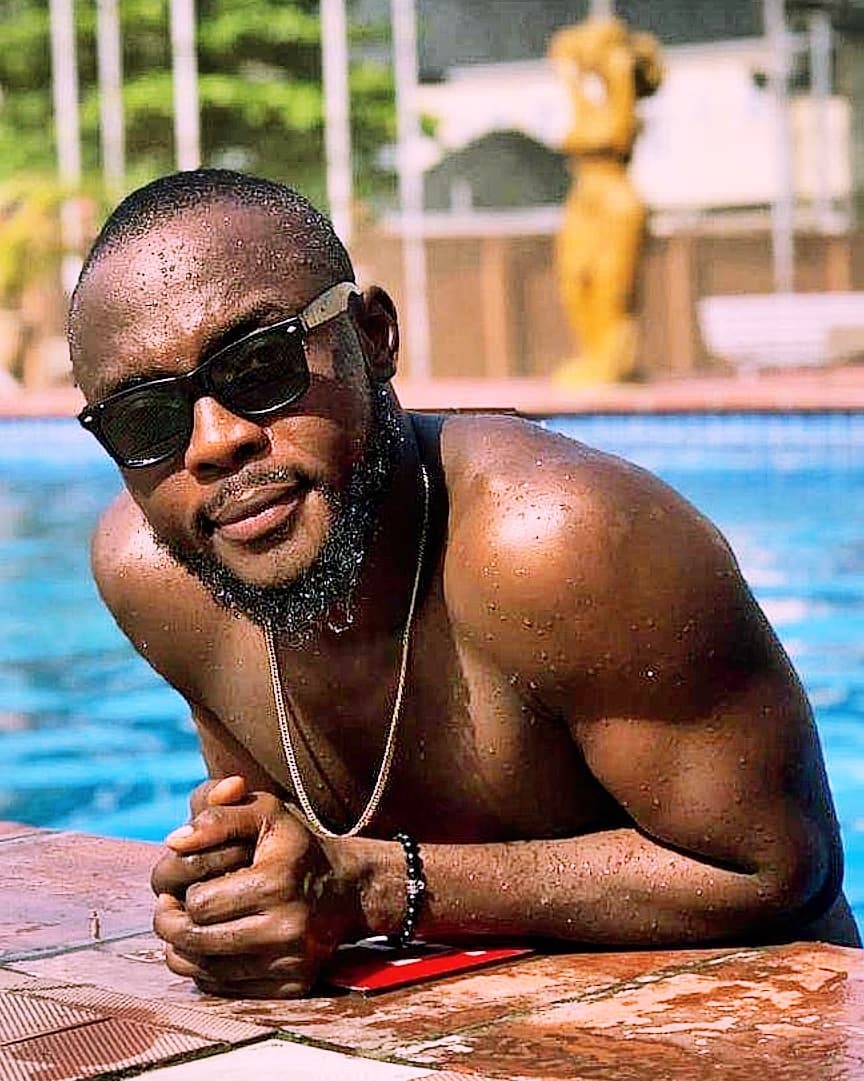 Ogbolor revealed on his Instagram tales that he is particular about his partner’s appearance for the sake of his unborn children.

Reacting to a post which reads, “We no longer go for looks. We go for maturity, stability, loyalty and peace”, the actor wrote,

“As true as this is, abeg looks still dey oo.. abeg no come give me angel of darkness and expect me to be looking for maturity, stability and all.. Yea, I’m very into knowing a person’s true character, but mehhn I’m also concerned about my children”. 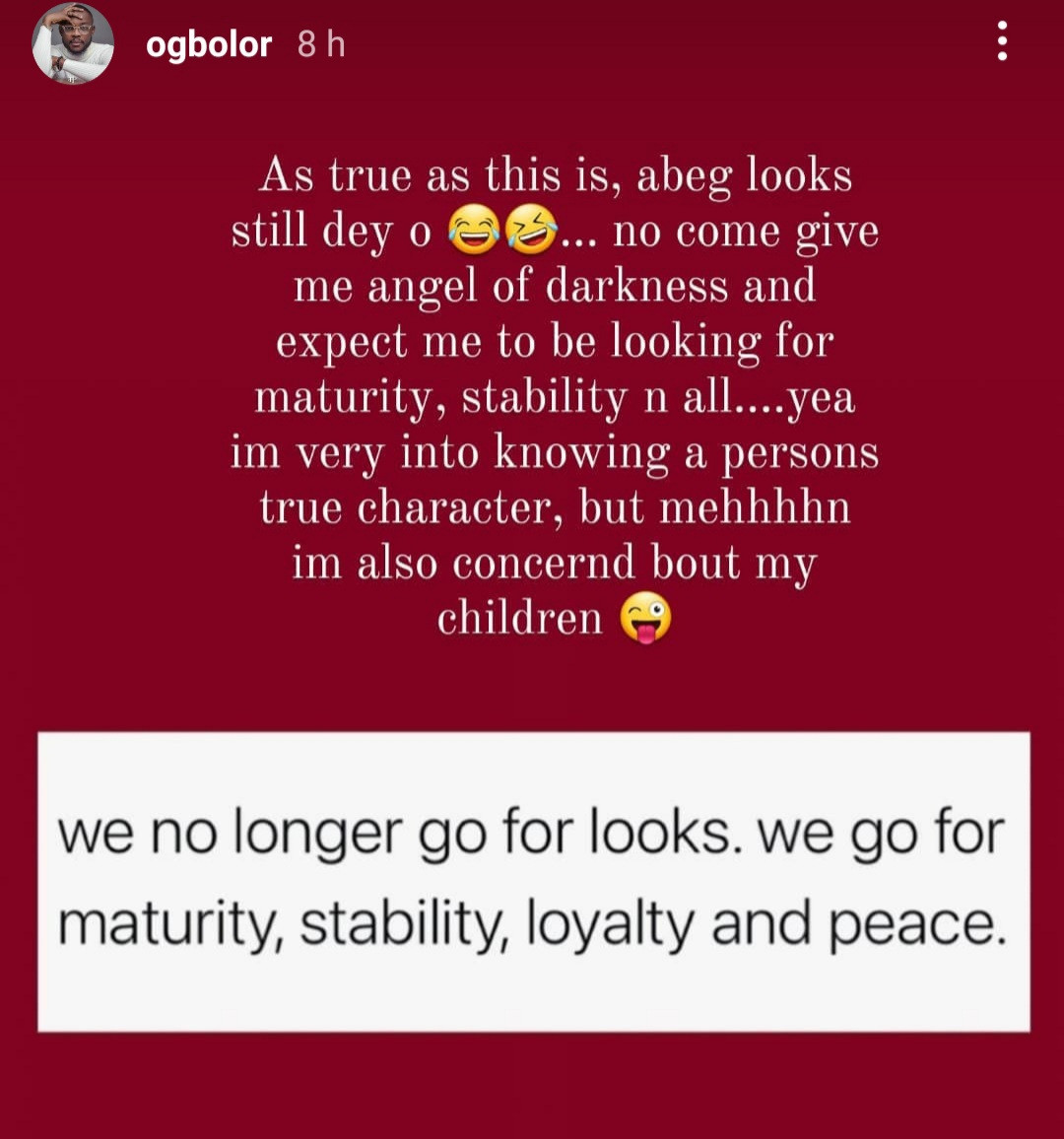 The actor’s post has however stirred mixed reactions online, while many fans agree with him, others insists that looks shouldn’t matter.

An Instagram user @topman_tech wrote, “Okay. He is right to a very large extent”.

@callmedamy wrote, “He is very right …looks mattters a lot …atleast if you don’t pity yourself have mercy on your unborn children”.