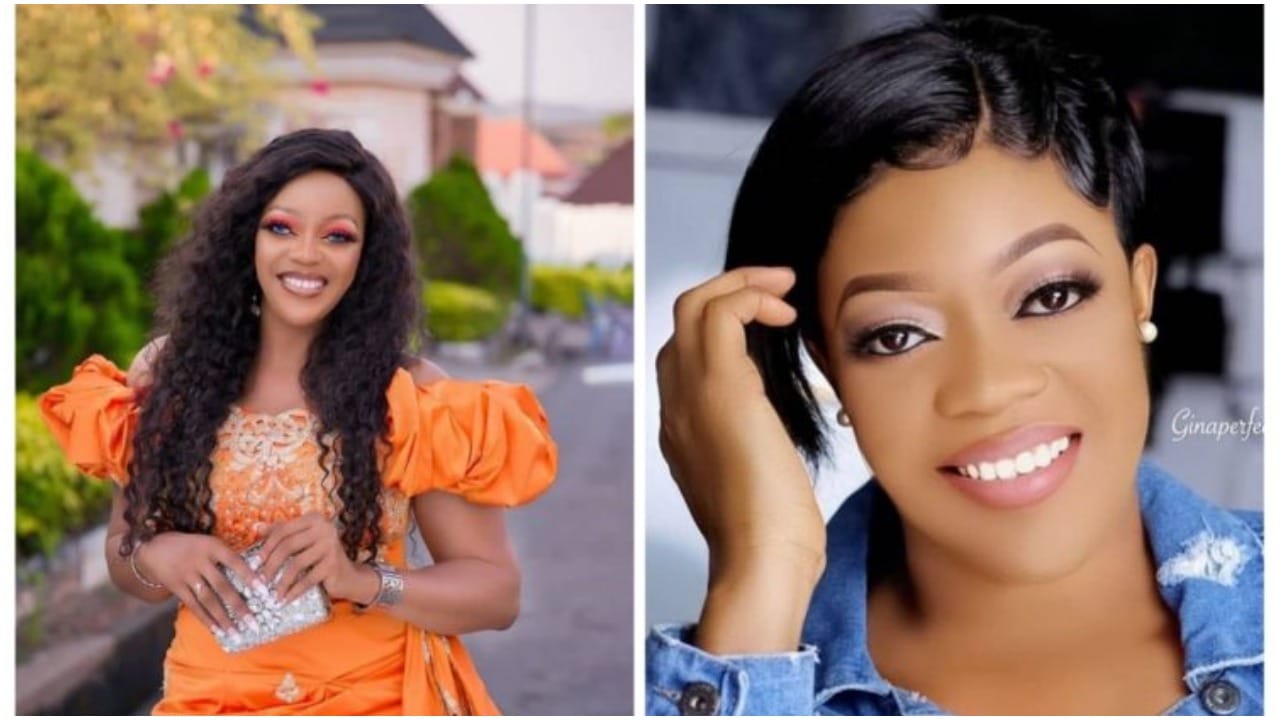 Eve Esin, a Nollywood star, has mocked a troll who made a joke about her being homeless.

This comes after an Instagram user known as @aranaoha_na_mbasise accused the actress of always staying in hotels, prompting him to wonder if she doesn’t own a house.

Eve Esin responded by saying she worked around the clock in various states and would not be able to film and cash out if she stayed at home.
The actress then went on to blast the troll, urging him to be fair. See the discussion below.

@arana_oha_na_mbasise wrote: @eveesin always staying in a hotel don’t you have a house of your own.

Eve Esin replied: @arana_oha_na_mbasise fool. I work round the clock in different states. I won’t be busy filming and cashing out if i lounge at home. Recieve sense.

Remember that Eve Esin announced her pregnancy on her social media page a few months ago?

This comes months after she was accused of damaging a close friend’s marital home, which sparked outrage on social media.

Eve Esin was often seen at the home, according to a post shared by controversial Instagram blogger Gistlovers, because of her relationship with the woman whose marriage she had allegedly ruined.

However, things started to go smoothly, and she allegedly made up lies about her friend, resulting in her marriage collapsing and her eviction from her matrimonial house.

Related: Only A Fool Assumes 6 Is 9 By Avoiding The Main Source Of The Gist – Victoria Inyama Responds To AY’s Call Out Post 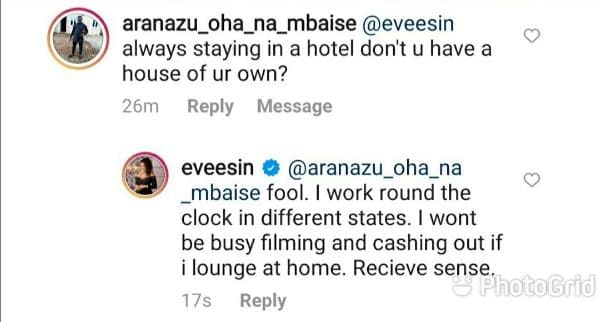