Another clout? fans react to the video of Davido fanning Sophia Momodu at their daughter’s birthday party 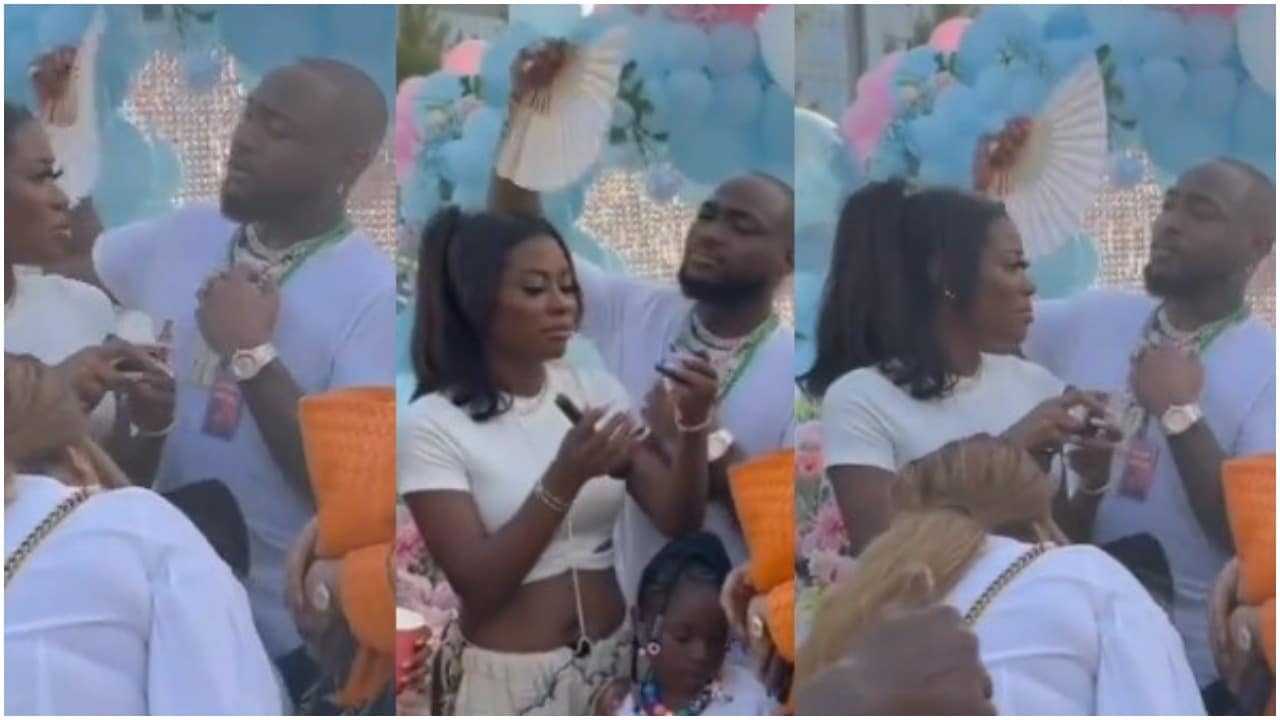 After being caught on camera fanning his baby mama, Sophia Momodu, at their daughter’s birthday party, Nigerian singer Davido has sparked reactions on social media.

Davido had planned a birthday party for his daughter Imade Adeleke, who turned six on May 14th, and the moment from the party has sparked a lot of comments.

Reports have it that the singer also praised his first baby mama, Sophia Momodu, calling her a wonderful mother.

In response to the new video of Davido fanning Sophia, some social media users applauded the singer for his compassion, while others said he is only interested in gaining clout.

Take a look at the comments below.

Davido had organized a birthday for his daughter Imade Adeleke who turned six on May 14th, and the moment from the birthday party has continued to generate reactions.

The singer showered praises on his first baby mama, Sophia Momodu saying she is a great mother.

watch the video below;

Reacting to the new video of Davido fanning Sophia, while some social media users praised the singer for being caring others says he is only clout chasing.

iam_kinglq wrote: Back to his first Love

ceeceelyya wrote: I really like davido he’s a great man

milly_posh21 wrote: As deserved abeg na person she be .. he should fan he

official_kendraluyah wrote: He is just a caring Man nothing much, men like this are Rare

ademijuadesolaserah wrote: Father of the year. God bless you davido

Read; It is for Sophia – Reactions as Davido buys his daughter, Imade a Range Rover
Share
RELATED STORIES

Actress, Uche Ogbodo’s teenage baby daddy opens up on where he met her