Drama as Bridesmaid’s breast takes centre stage, causing guest to spray money on her instead of on bride (video) 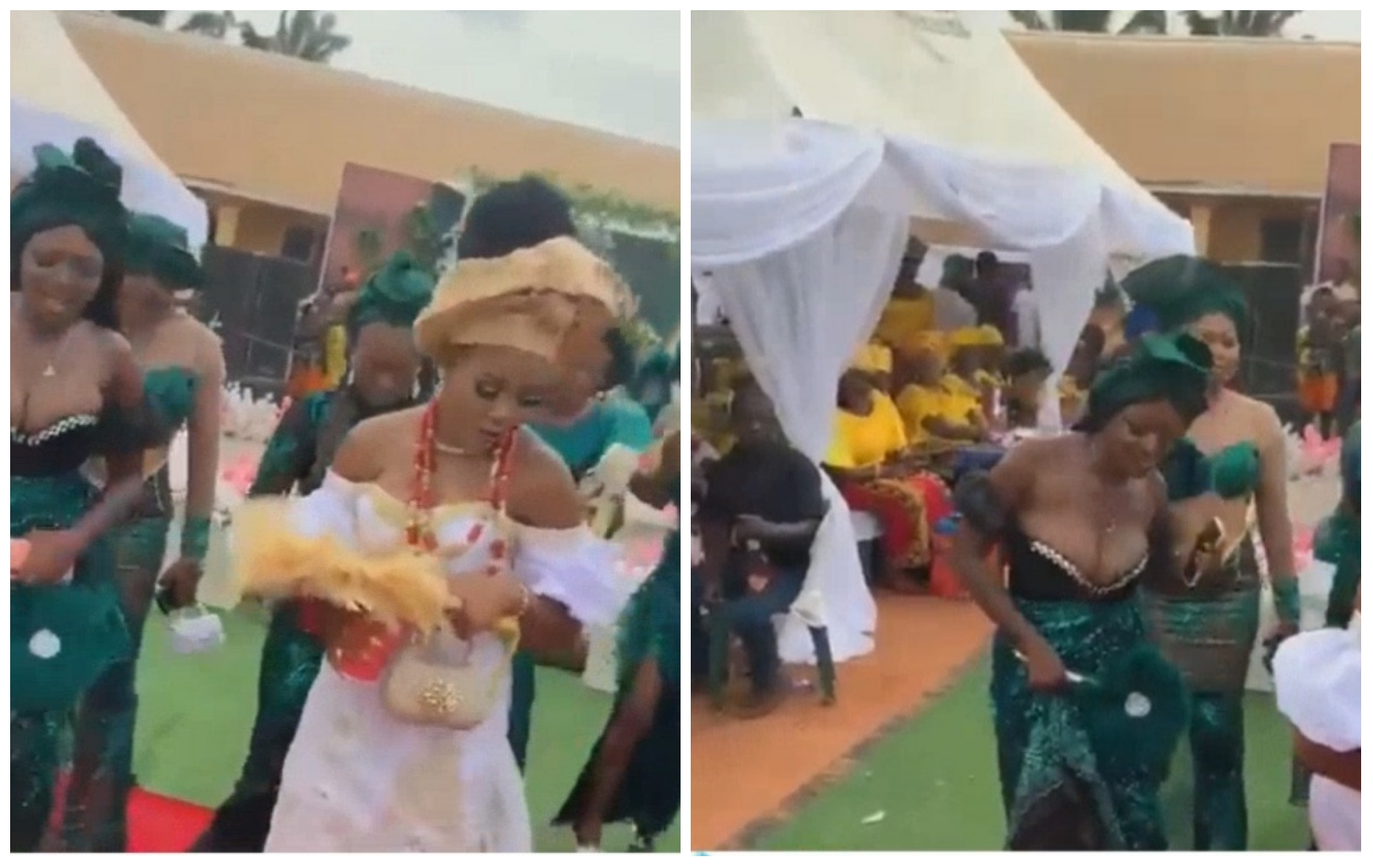 One of the things most brides hate is to be outshined at their wedding by anyone, not even their bridesmaids.

In this case, the guests not only abandoned the bride but instead focus on the bridesmaid as they spray her money.

In a video shared online, a bride and her bridesmaids are seen dancing out during a traditional wedding ceremony.

One week to my wedding, I’m lost – Lady reveals

One of the bridesmaids is seen wearing a dress with a low cut neckline that exposes ample cleavage.

While leading the bride out, she’s seen dancing enthusiastically, causing her breasts to jiggle and they almost spilt out of her dress.

A guest, who appears to be a VIP because of the uniformed escort following him, walks towards the dancing women, but rather than go to the bride, he goes to the busty bridesmaid and begins spraying her money.