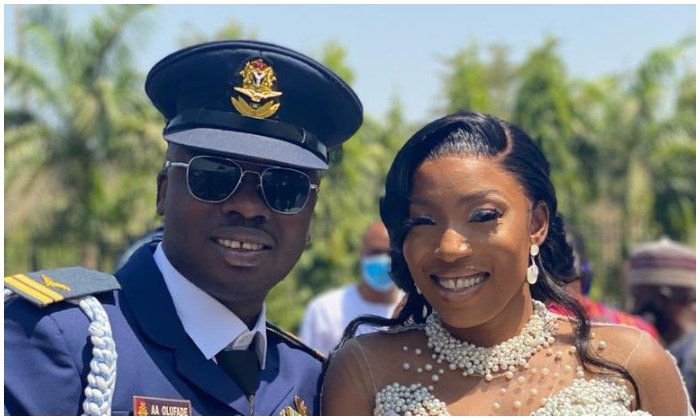 Friends have taken to social media to mourn Nigerian Air Force Pilot, Lt. AA Olufade who died in a plane crash with the Chief of Army Staff, Ibrahim Attahiru and 9 others.

According to friends of the NAF pilot, he died barely two months after he walked down the aisle with his heartthrob.

Here are tributes to him below…..

Meanwhile, The Nigerian Army has confirmed reports on the death of General Ibrahim Attahiru.

Below is a full statement released vid the Nigerian Army Twitter handle;

The Nigerian Army regrets to announce the passing away of its Chief of Army Staff, Lieutenant General Ibrahim Attahiru. The sad event occurred following an air crash in Kaduna which also claimed the lives of 10 other officers including the crew.

The COAS was enroute Kaduna from Abuja on Friday, 21 May, 2021 when the unfortunate incident happened.

Details of the sad incident and burial arrangements will be communicated soon.

General Ibrahim Attahiru’s last message to officers before his death