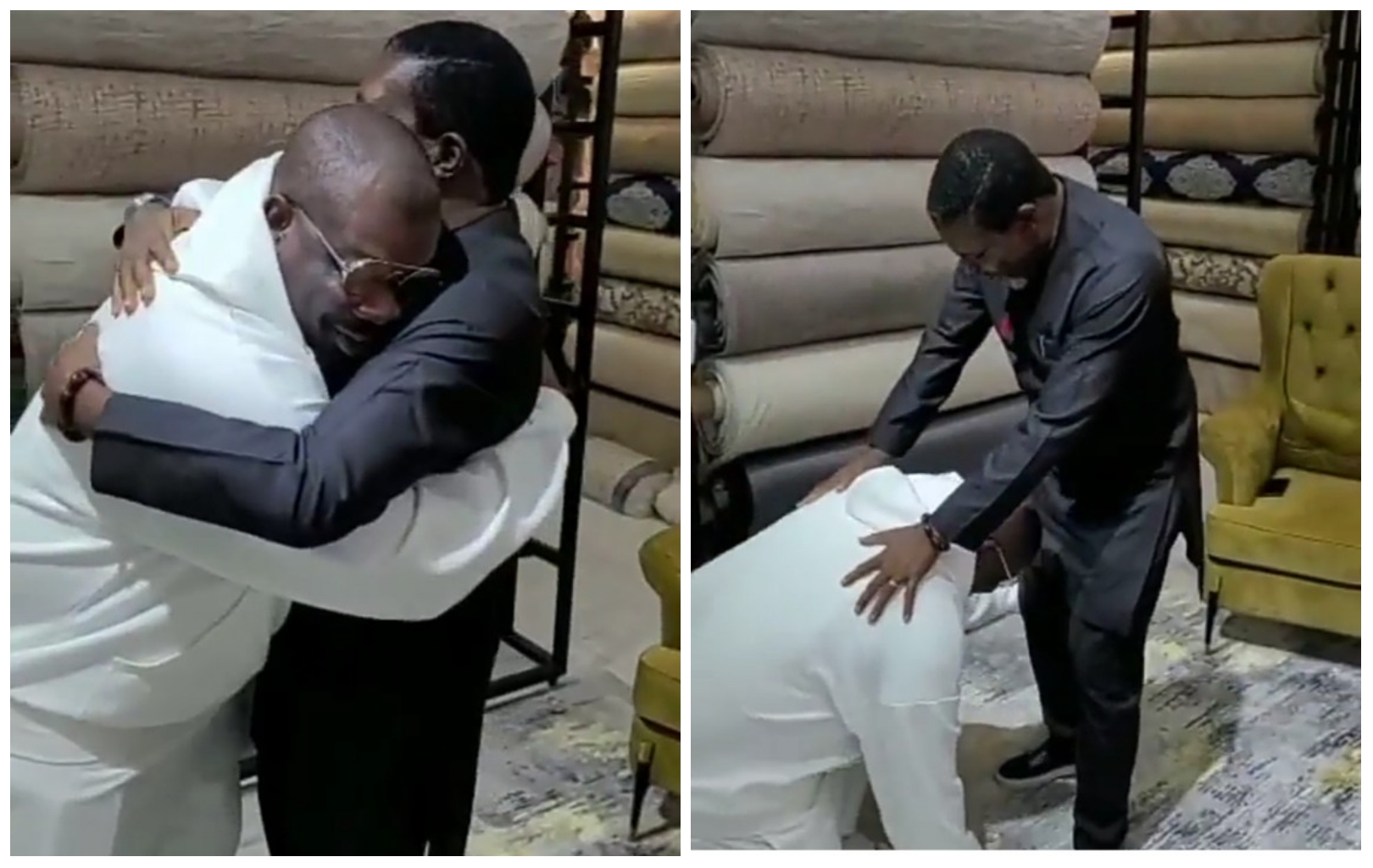 Mavin boss, and popular producer, Dom Jazzy is one of the most humble celebrities in the entertainment industry which he has continued to show in terms of the kind of support he gives to upcoming stars.

Don Jazzy who was surprised to meet with the actor was seen going down to greet him.

Again Rihanna peppers Don Jazzy and others with hot photos

Don Jazzy shared the video via his IG account and revealed it was the first he was meeting the veteran actor.

He wrote, ”I just met the legendary @kanayo.o.kanayo ������ for the first time ever. I’m star struck. What a pleasant surprise. Thanks @vintagedeluxeinteriors for the intro.”

Kanayo also wrote:
For me to describe @donjazzy I will convoke a committee. He is successful in his trade but above all a great brother @vintagedeluxeinteriors @billionaire_nnr
@dudublack01. Thanks for the respect bro

Are they happy or trying to impress?’ – Reactions as Churchill and Rosy Meurer step out together for the first time