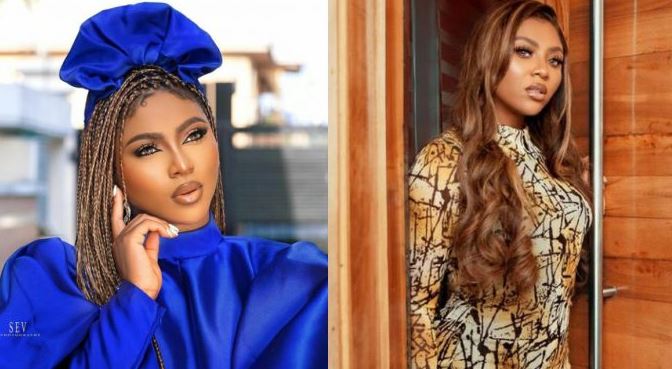 Popular media personality, Stephanie Coker has said it is crazy that the current generation has found a way to normalize prostitution.

In a post she shared on her Instastories, the mum of one wrote;

It’s actually crazy how this generation has in a sense normalized prostitution, I’m not on a moral high horse or anything but if we are being honest….

Or is that the Destiny’ child ”Independent women” generation were scammed? I’m trying to be objective but” 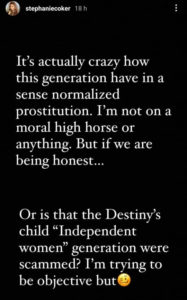 In other news, Nollywood actress, Mercy Aigbe has given a reason why people should not be given a second chance.

According to Mercy, giving people a second chance is like giving them an extra bullet to hurt you.

Continue reading: ‘Why you should not give people a second chance’ – Mercy Aigbe

‘No one knows the deadly pains i went through’ -Actress, Lizzy Anjorin speaks on the birth of her child