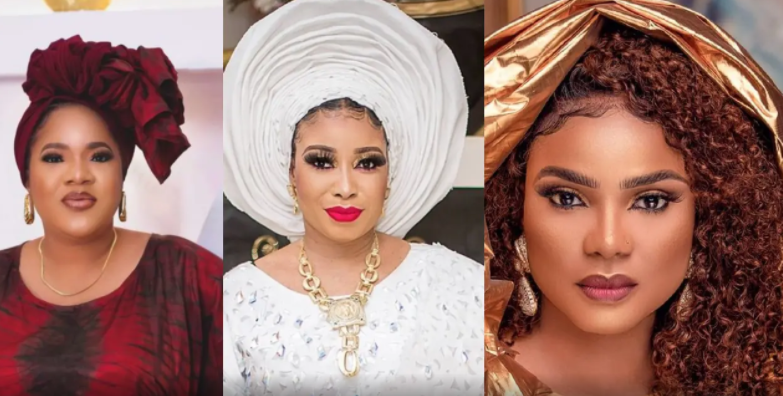 Social media users have dragged Nollywood actress, Iyabo Ojo over her input in the ongoing fight between her colleagues, Toyin Abraham and Lizzy Anjorin.

Recall that Toyin during a live session with Iyabo Ojo on Instagram vented her anger and explained her side of the story.

According to Toyin, she did not offend Lizzy Anjorin and she has no idea why she is picking an offence with her.

Iyabo Ojo’s expression, while Toyin was explaining herself, has got people talking on social media. This has earned the mother of two lots of dragging and bashing on the photo-sharing platform.

According to some people, Iyabi is a hypocrite and she is not in a position to settle disputes among her colleagues.

@iam_dotunlekan wrote “Toyin pls stop explaining yourself to this Iyabo are facial expressions/countenance isn’t encouraging. To me, she’s in Lizzy’s side”

@kiki__famous wrote “I think Toyin should avoid this Iyabo because she’s also a pretender. make all of them getat. I like Toyin so much

@ms_nonie wrote “Side eyeing this Iyabo lady. Toyin save your breath. The person you’re complaining to is in favour of Lizzy!”

@realstefnicee wrote “Iyabo Ojo is in favour of Lizzy, asking stupid questions instead of settling. Iyabo is a pretender, she doesn’t like Toyin, only just disguising. Mtcheeew”