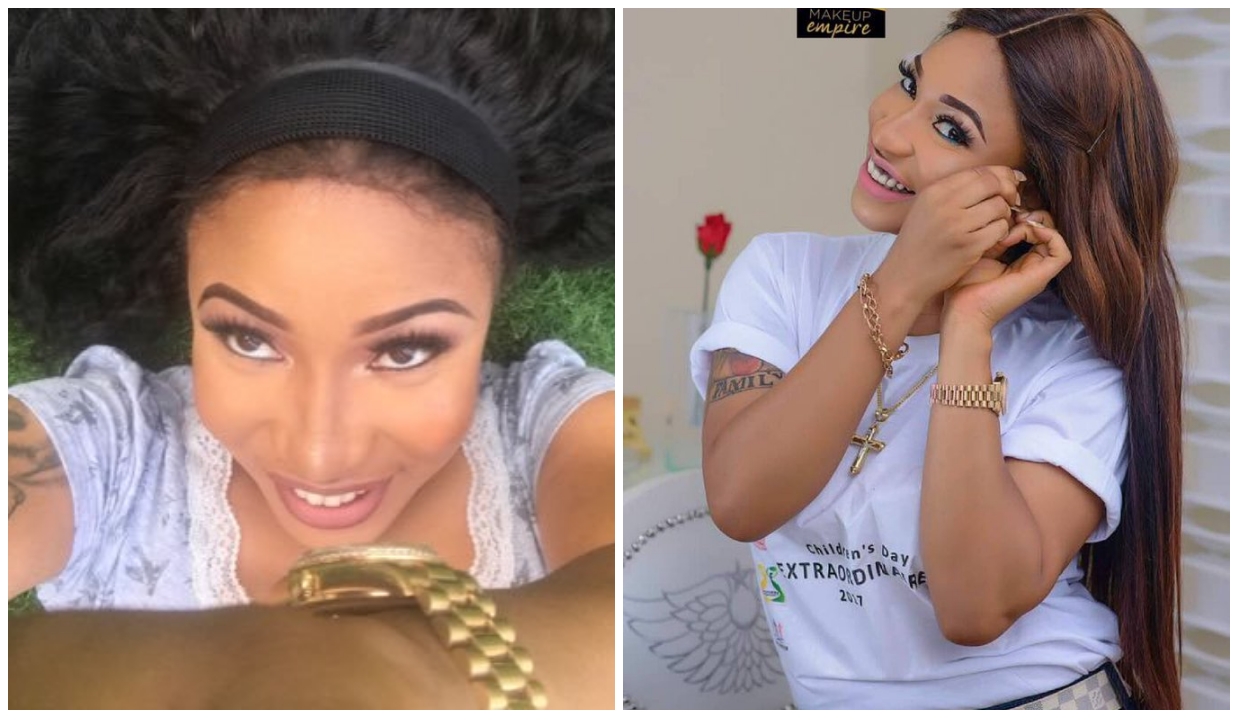 Nollywood actress and philanthropist, Tonto Dikeh has taken to her social media timeline to reveal she is tired of the way people mispronounced her name.

She went on to list some of the ways some people have been mispronouncing her name which include ‘Tom Tom, To To, among others.

To make it easy for those that find it hard to call her name, Tonto Dikeh revealed they should just refer to her as King Tee.

Following her statement, some of her colleagues as well as fans and followers took to the comment section to react.

Tonto Dikeh is one of the popular actresses in the movie industry and also a mother of one.