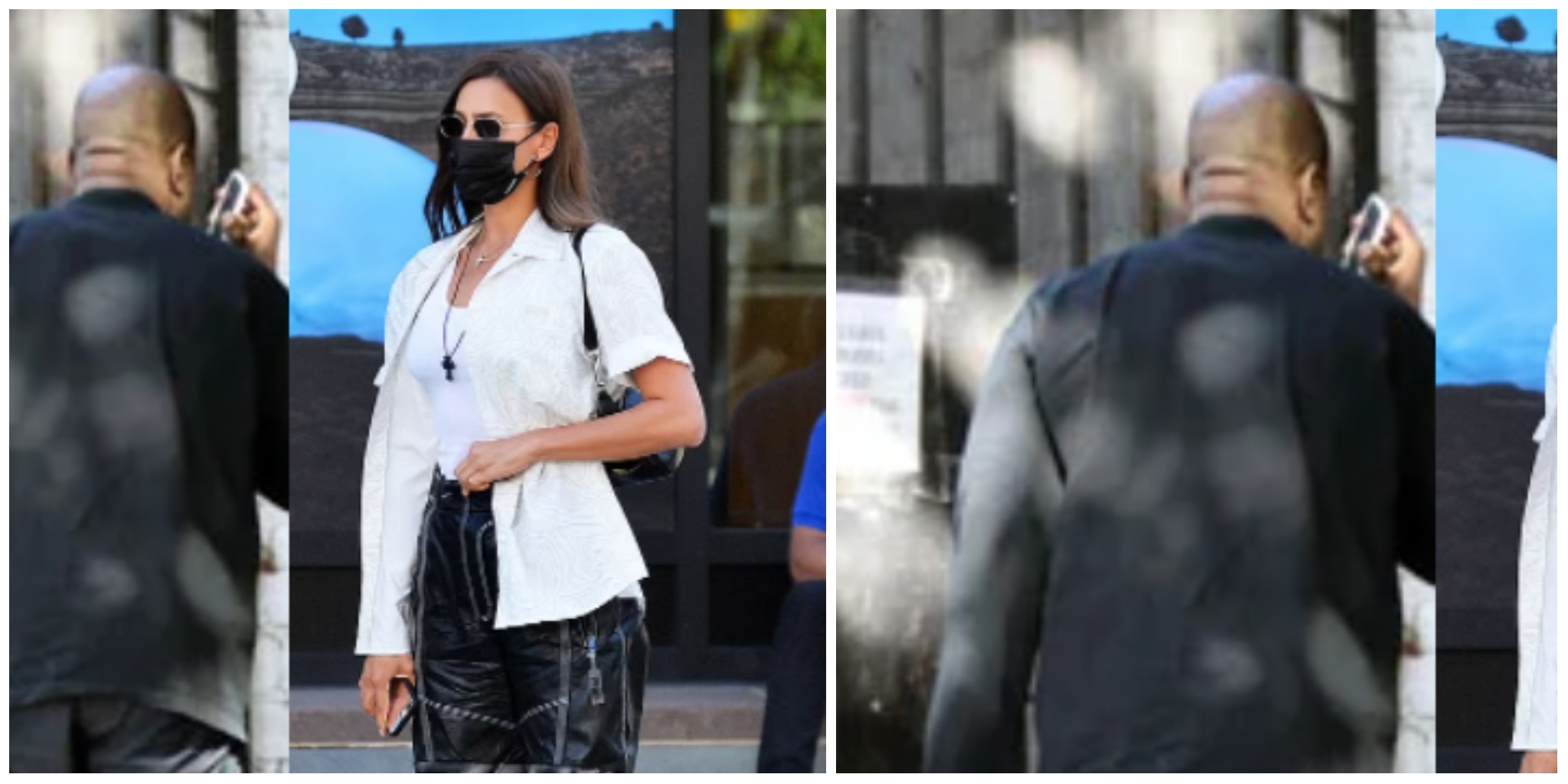 The rapper, 43, has stayed away from the public eye since it was confirmed in February that he and Kim Kardashian, 40, were officially divorcing.

The last time he was spotted publicly was on March 4.

“I feel like a failure” – Kim Kardashian breaks down…

But he was seen out again amid rumours of him and model Irina Shayk dating.

The Yeezy designer attempted to remain incognito in the city as he wore an all-black look and was accompanied by a security guard. He entered the building holding onto a pair of blue trainers while chatting on the phone.

According to DeuxMoi, a source revealed that: “Kanye West is now secretly dating Irina Shayk aka Bradley Cooper’s baby mama.”