After an unidentified Kenyan man was accused of assaulting a schoolgirl, the locals thrashed him mercilessly.

He dropped off the first one at her stop before moving on to the second. Rather than taking the girl to her destination, he is said to have stopped in a remote area of Limuru, Kenya, and sexually assaulted her.

Kenyan lady survives after being gang-raped, hacked with…

He went on his journey with the girl after an incriminating incident, but she raised the alarm when she saw locals, which attracted the attention of tea pickers, who dealt with him before  getting him arrested. 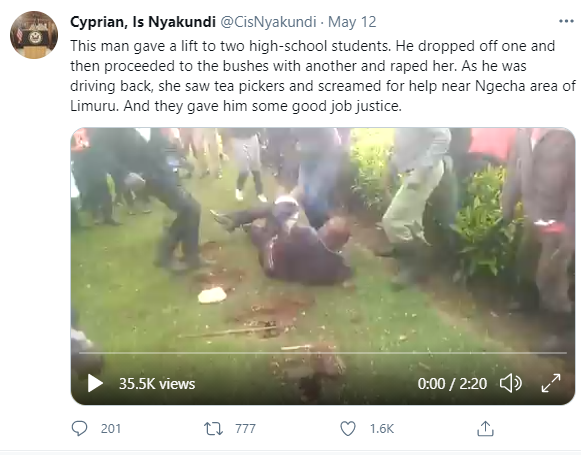 ‘Did they curse you?’ – Nigerians drag Lizzy Anjorin for saying Toyin Abraham mocked her