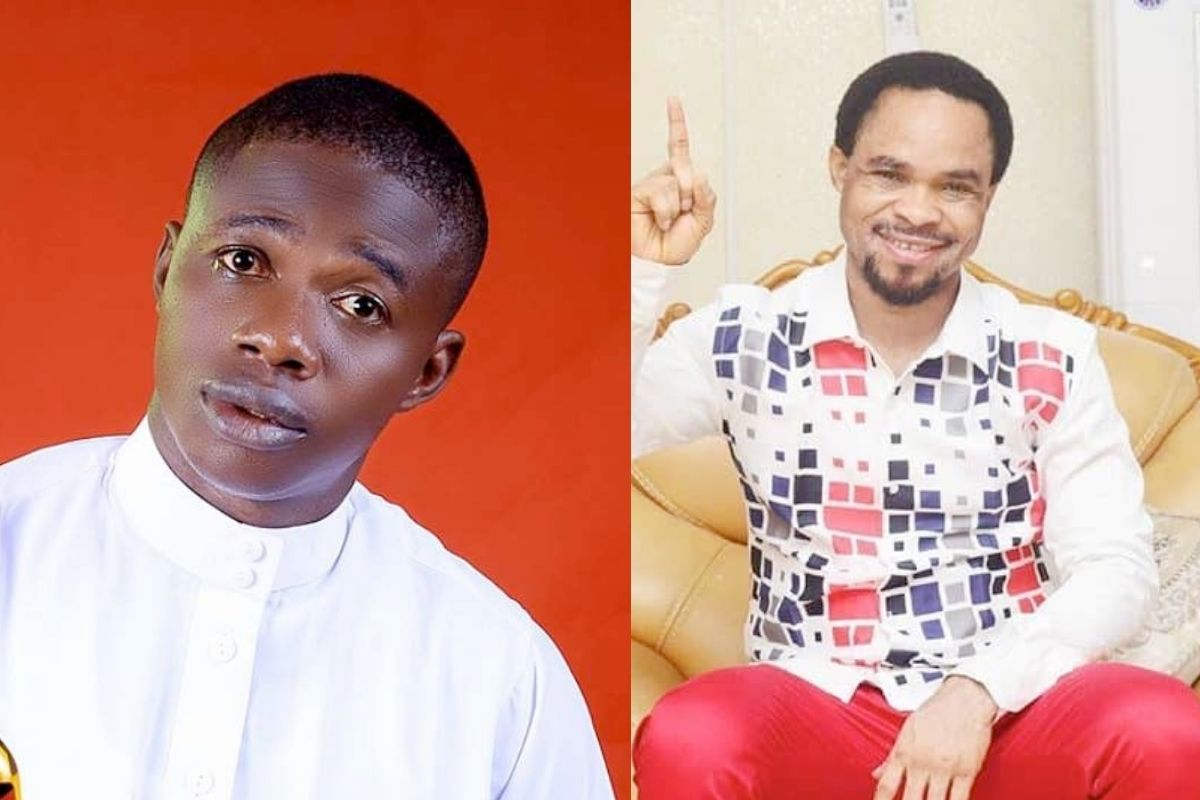 Goodheart made this known while condemning Prophet Odumeje after he castigated late comedienne, Ada Jesus when she visited his church to plead for forgiveness.

While descending on the “Smack Down Prophet”, Goodheart noted that he has no spiritual powers and all the said miracles that occur in his church are staged to make him appear powerful.

He said; “Odumejeje is not a Prophet and has no spiritual powers from anywhere “.

Goodheart added: “All those things he calls miracles in his Church are all staged and arranged to make him appear powerful.

“Odumeje is not a Prophet but a mere entertainer and singer. “ 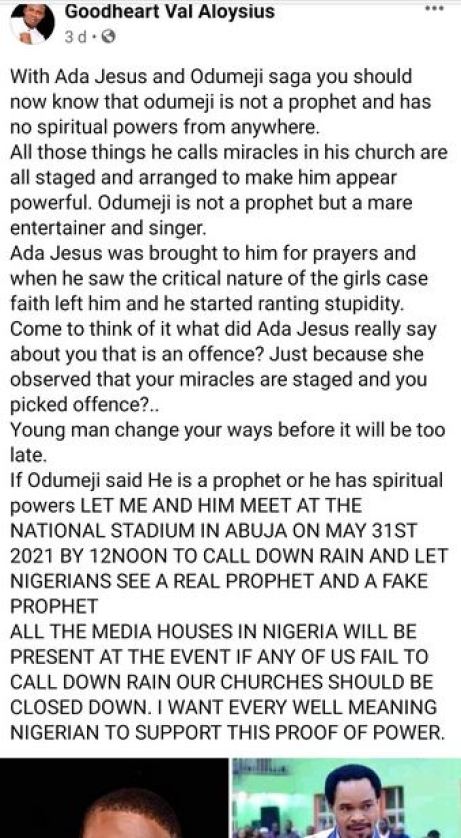 Baba Ijesha to be charged to court, risks life imprisonment