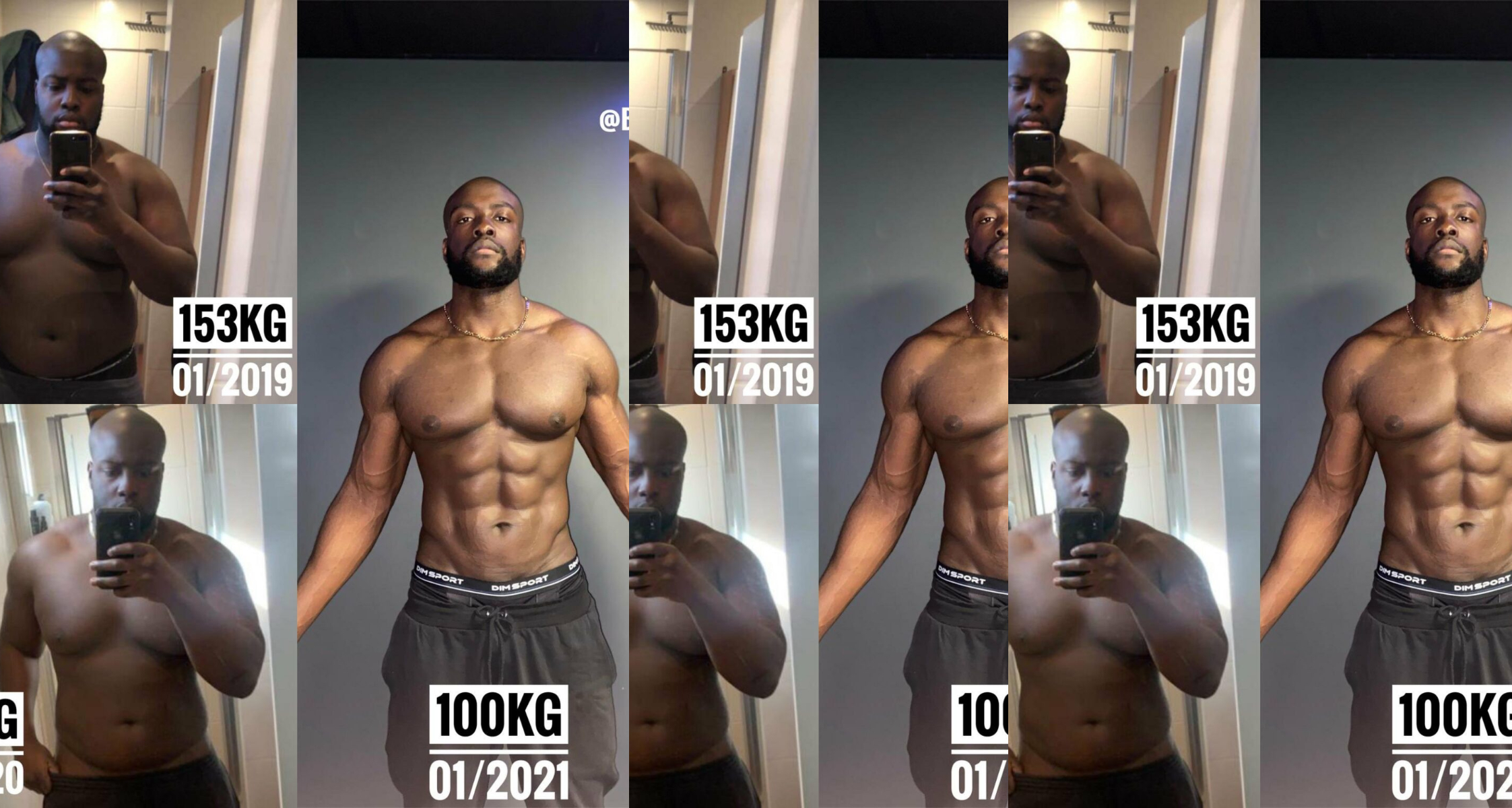 After his transformation from a potbellied man to a well-chiseled six-pack body, an American man has gone viral on social media.

Oneal took to Twitter to share images of his before and after transformations, revealing that it took him two years to achieve the desired result.

According to Oneal, he started his weight loss journey in January 2019 when he weighed 153 kilograms and lost 13 kilograms after a year.

10 powerful tips on how to stay slim forever

Oneal had lost 53kg by January 2021, bringing his weight down to 100kg, and he looked more toned, with wide shoulders and six packs.

Read; 21-year-old man hangs himself after his spouse denied him intercourse

Female evangelist scolds two girls at the market for…