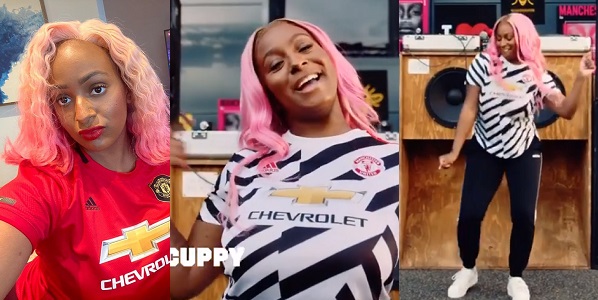 Recall that some months back, DJ Cuppy took to social media to unveil her puppies as she gave them her surname ‘Otedola’ while naming them after the colour of their skin.

In a video she shared, Cuppy captioned it, ”Just picked up my babies! DogRevolving heartsPaw prints Dúdú and FünFün Otedola are 3 month old Pomeranian brothers!”

In another post Cuppy wrote, ”Motherhood is already making me a better person… I might even do giveaway soon  #CuppyPuppy”