Murdered Akwa Ibom job-seeker, Ini Umoren, emerges one of the top in her graduating class 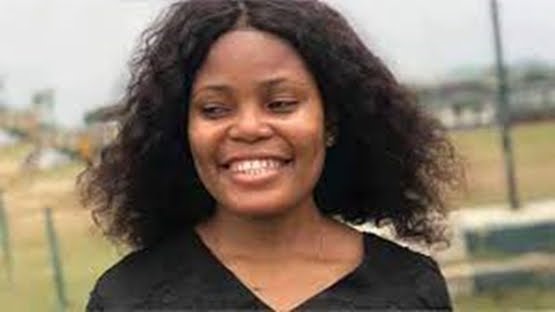 According to the recent reports, Iniubong Umoren, the Akwa Ibom job-seeker who was raped and killed when a man who lured her on social media with a fake job interview, has emerged as one of the top students in her graduating class.

See also: It’s time to organize self defense classes for women – BBNaija’s Erica reacts to the death of Iniubong Umoren

The report revealed Ini, 26, who graduated from the Department of Philosophy, University of Uyo, graduated with a GPA of 4.12, making her the seventh among the top graduating students in the 2018/2019 class.

Man detained by Police for allegedly torturing his stepson…

This was revealed in the final result released by the University of Uyo.

Murdered Akwa Ibom job-seeker, Ini Umoren, emerges one of the top in her graduating class.

Idorenyin Esikot, associate professor and acting head, Department of Philosophy, University of Uyo, who confirmed the authenticity of the result to Premium Times, said Miss Umoren, with such remarkable performance, would have possibly been employed as a lecturer in the department after her mandatory National Youth Service Corps (NYSC) programme.

Speaking about Iniobong Umore, Mr Esikot told Premium Times, “She was a very committed and focused student, very hard working. In fact, she was very versatile because apart from her academics, she was a footballer, playing for our female team.

“She was very social and dependable; she wasn’t the kind of student that would play around. Whatever she does, she was very committed,.”

Mr Esikot said Miss Umoren’s tragic end was a personal loss to him. “Anytime I remember it, it’s like a nightmare. Very unfortunate.”

“If she had been alive and wanted to come into the (teaching) profession, she is the kind of student we would encourage to come into the profession. Because that is a student that never failed a course and was always doing well. Those who know my department, before you can come out top the way she did, then you must agree that she was really hard working.

“We have some of our colleagues, who are lecturers (today), who graduated with less GPA than her,” Mr Esikot said.

Nigerian social media users apologises to man after he shared ‘photoshop’ photo of veteran, Iya Gbokan as his grandma