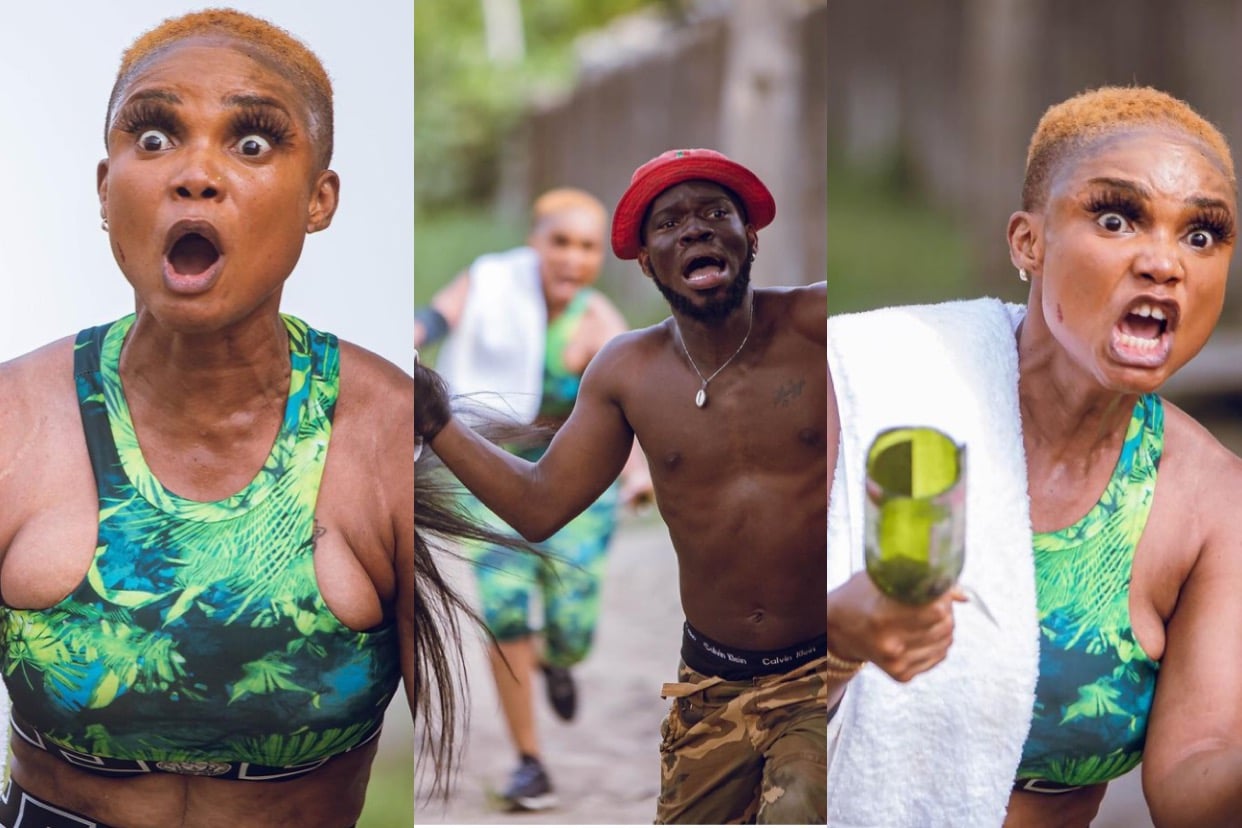 While some were looking forward to the video’s release, others praised Iyabo Ojo for staying physically fit at her age.
Broda Shaggi and Iyabo Ojo pose for photos while filming a new comedy video.

Broda Shaggi reacts after lady called him out for sleeping…

Below are some responses to these photos;

@dareynow wrote: “She looks mad as hell! If she catch you ehn”

@crucifi_X wrote: “I respect Iyabo Ojo for this … these photos of her are so raw.”