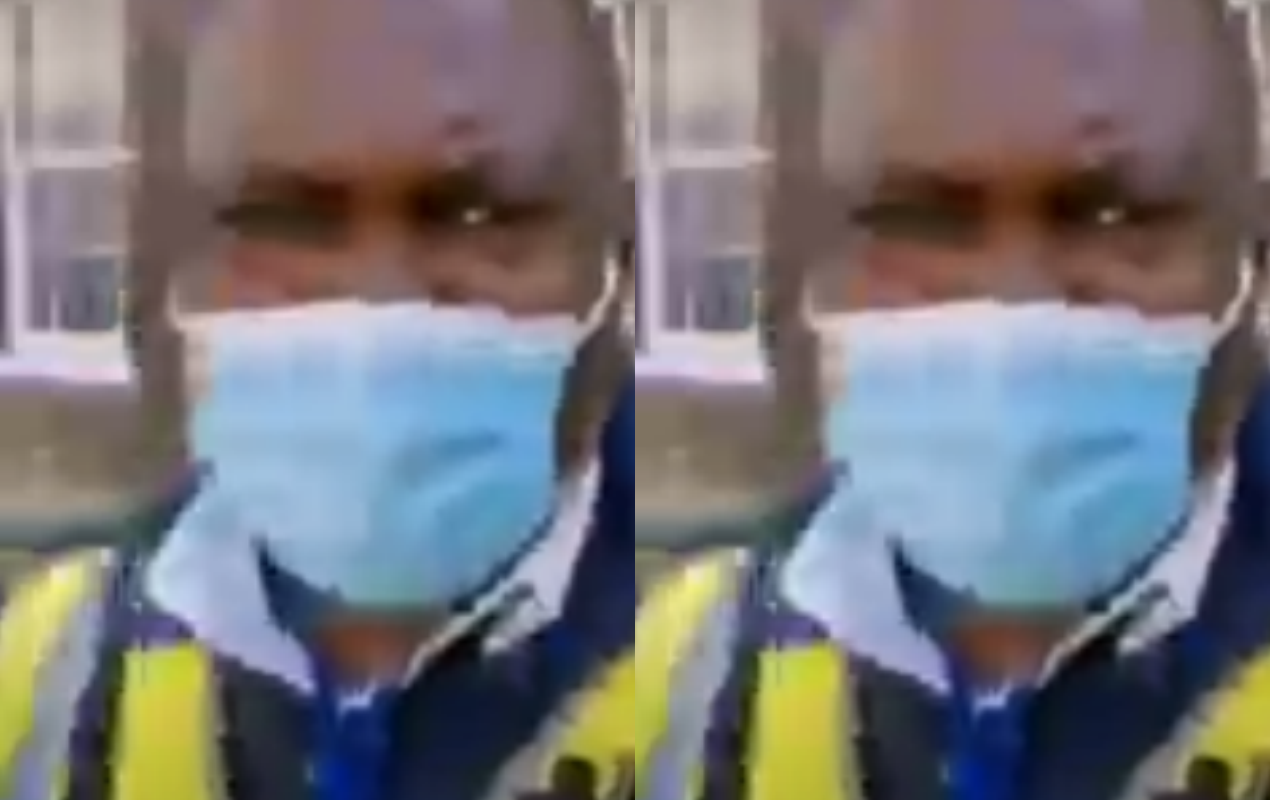 Nigerians have reacted to a video of a married Nigerian man named “Jeff” captured in London attempting to woo a 15-year-old student on social media.

Jeff was cornered by the girl’s enraged father, who thrashed him mercilessly for dating his 15-year-old daughter.

According to an earlier report, Jeff is a Lambeth parking attendant in London,  who has continued to stalk the 15-year-old girl in uniform.

‘She Went Naked In front Of Him Many Times’-…

Jeff called her from her phone and then messaged her for several days. After school, her father discovered him waiting for her.

Jeff can be heard shouting “Jesus, Jesus” as the girl’s father attacks him in a video that has gone viral.

Related: Singer, Flavour N’abania Under Fire After Video Of Him Kissing His Daughter Goes Viral

He ran around screaming for help, but the man pursued him and continued to strike him in the face.

Jeff is heard shouting, “I didn’t know, I swear to God,” while begging the enraged parent. As he fled behind an elderly woman and her dog, exclaiming, “I’m finished.”