Police Sergeant rewarded for returning the sum of N1.2m found at an accident scene 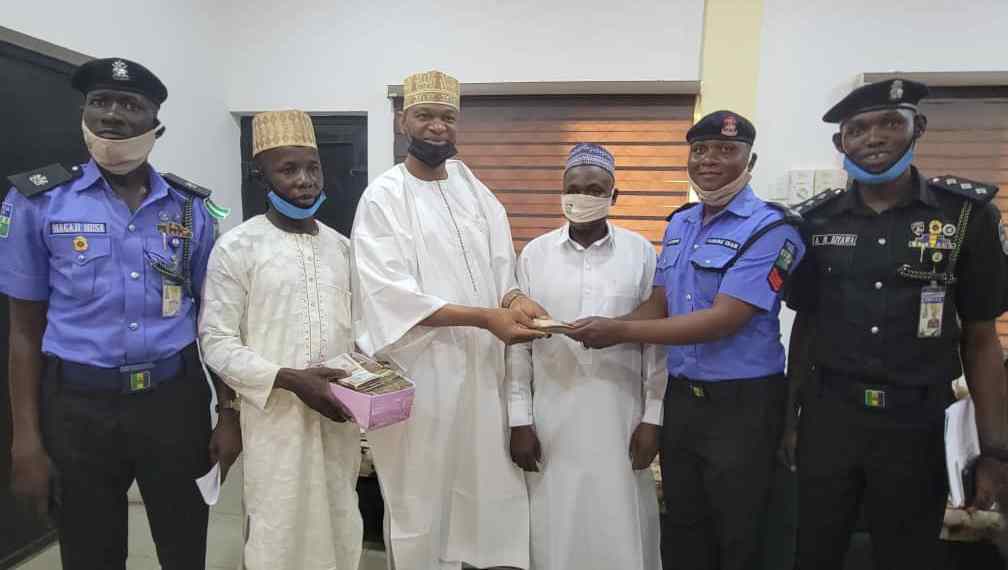 Sergeant Kabiru Isah, a Nigerian police officer with a golden heart who is assigned to the Command’s Motor Traffic Division (MTD) in Kano, has surprisingly and honourably returned the amount of N1,294,200.00 found at a fatal accident scene.

The money was found by the officer while performing scene investigation minutes after the crash, according to sources.
DSP Abdullahi Haruna Kiyawa, the command’s spokesperson, confirmed that the accident victim was killed by a trailer on Zaria road in Kano and was in possession of the sum of money arranged in a shoebox.

Read; OAP Lolo thanks God as she and her children survive accident(Photo)

The funds were sent back to the victim’s family. Dr Baffa Babba Dan Agundi, the Managing Director of Kano Road Traffic Agency (KAROTA), was so impressed with the officer’s behaviour that he rewarded him N100,000.

Evangelist Edet admonish Gospel singer, Chidinma for not changing her manner of dressing after claiming to be born again