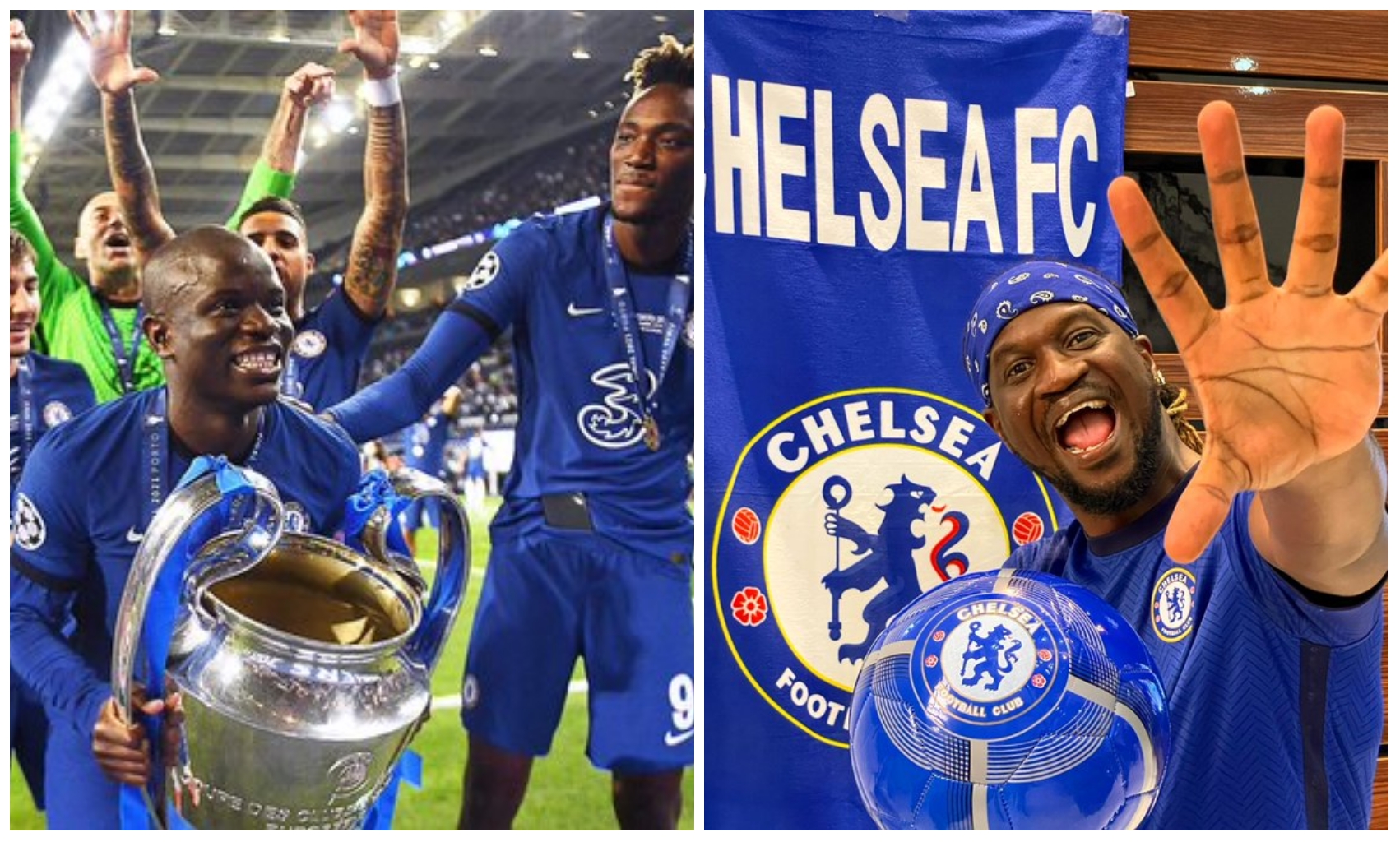 The UCL final went down last night between Chelsea and Man City with the Blues winning the prestigious European trophy for the second time since,2012.

Chelsea had their first and lone goal in the first half thanks to an effort from Kai Havtez as the game ended in a 1-0 scoreline.

Thanks for giving me a reason to smile – DJ Cuppy…

Following the Blues wins, Nigeria which is home to one of the biggest numbers of chelsea fans was filled with celebrations as the Blues fans in the country threw banter at other football clubs supporters.

Nigerian music star, Rudeboy and other Chelsea fans took to social media to threaten other football clubs supporters as they threaten to make noise over the latest win.

Rude Boy in a post via his Twitter handle wrote, ”Wearing Chelsea Jessy for straight 3 days, una go hear noise, we are champions.”

In another post, he shared a video and captioned it: ”We go make noice 🤣😂 we are CHAMPIONS”

We go make noice 🤣😂 we are CHAMPIONS 💪🏾 pic.twitter.com/bhojNFXTyk