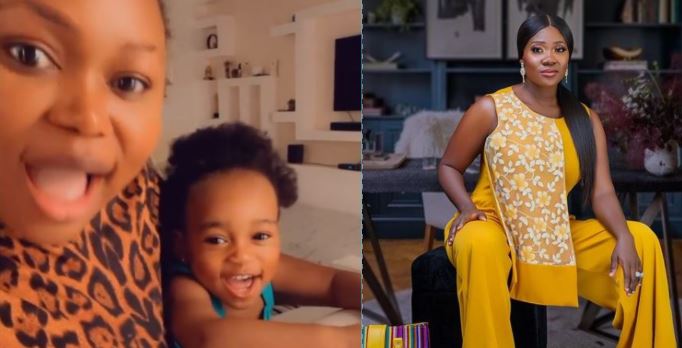 Nollywood actress, Mercy Johnson has commented under an instagram video of her colleague, Ruth Kadiri and daughter Reign,

Kadiri took to Instagram on Sunday to share a dotting video of herself and lookalike daughter as they share a lovely conversation and recite poems together. The scene melted the hearts of thousands of followers on the mother of one’s page and one of the admirers was Mercy Johnson who couldn’t help be react to the striking resemblance between Ruth Kadiri and her daughter.

The mother of four wrote: “Omg, Ruth na yourself you born….that dimple 😍😍😍God bless you.”

In other news, Nollywood actress, Halima Abubakar has reacted to Ruth Kadiri’s claims that Nollywood is full of Gossips and biased people.

Recall that Ruth took to Instagram to call out the organizers of Eko star film and Tv awards for overlooking and not finding her worthy of the award because she does not belong to a particular clique in the industry.

According to Halima, Ruth is right about the clique, gossip and sentiments going on in the Nigerian movie industry.