#BBNaijaReunion: I gave you a bl*wjob in the house – Wathoni and Dorathy spill secrets (Video) 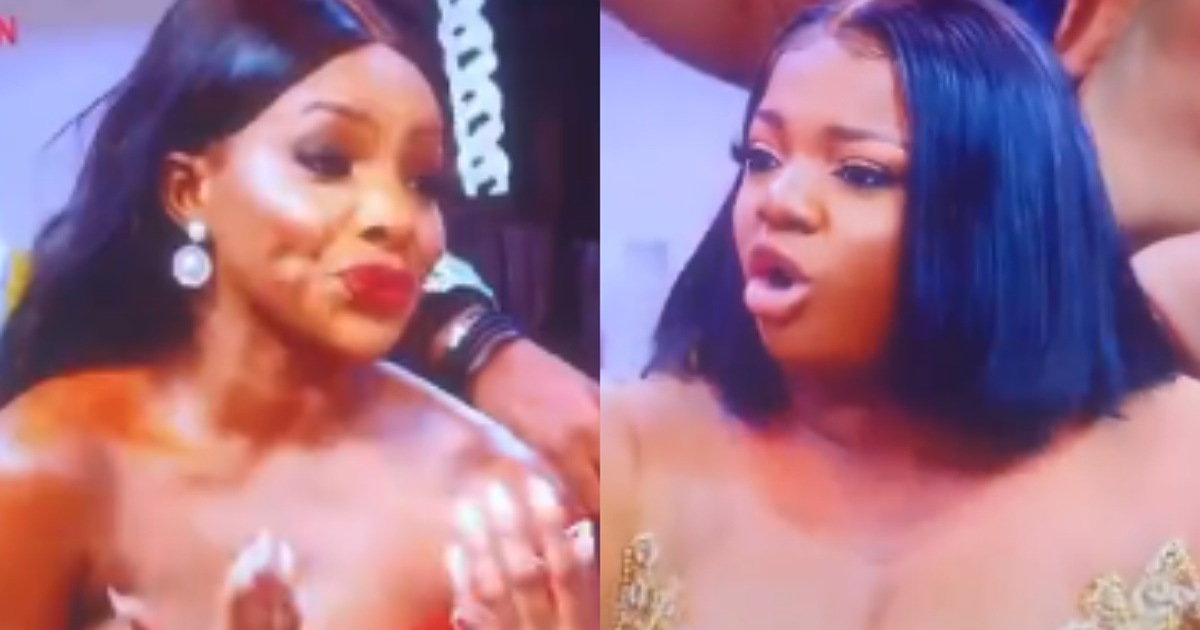 The drama started after the duo, Wathoni and Dorathy Bachor clashed during the ongoing BBNaija reunion show.

Dorathy was explaining to Ebuka about her entanglement with fellow housemates Nengi and Ozo, when Wathoni tried to share her opinion about the incident, but Dorathy lashed out at her and asked her to “shut up her stupid mouth”.

BBNaija’s Wathoni reveals why a brand refused to sign…

Dorathy warned Ebuka that if Wathoni dares to speak again, she’d walk out of the show, and nobody would stop her.

Wathoni however insisted that she must share her opinion because she was also a housemate of the show.

As the argument heated up between them, Dorathy called Wathoni a b!tch and Wathoni in her response said;

“The girl I gave a bl*wjob huh? In the house for that matter”.

Exposed!!! “You were never in love with Nengi, you used her” – Ka3na blasts Ozo (Video)