Billionaire daughter, Hauwa Indimi discloses what a woman did to her for sitting down to pray when she was pregnant 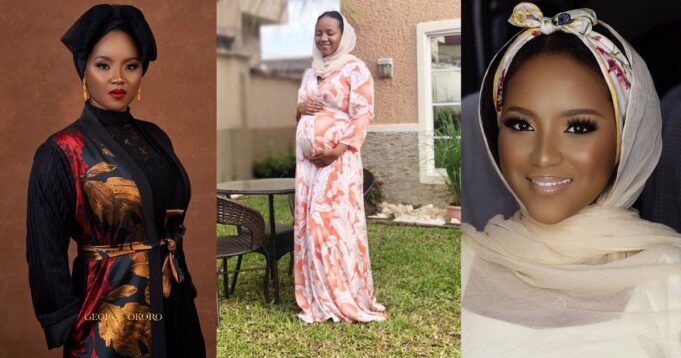 Billionaire daughter, Hauwa Indimi-Yar’adua has recalled how a woman gave her a nasty look as she sat down to pray while pregnant.
Hauwa, who gave birth to her first kid in October of this year, said this in response to a post about how women’s bodies change during pregnancy and after childbirth.

Despite the discomfort, women are still the major critics of pregnant mothers, according to Hauwa, because they expect them to withstand it and wear it with pride.

The mother of one stated that she is tired of this culture.

She wrote on her Instastories,

“Yea but same women will tell you ‘we ve all done it, stop acting all special.’ Sick of the culture around here expecting women to suck things up. Everyones experience is different.”

“Woman gave me the side eye when I was pregnant with my son and seated while praying. On my mind I was like F off. I do not care how you force your body to do things to prove a point while you were pregnant”