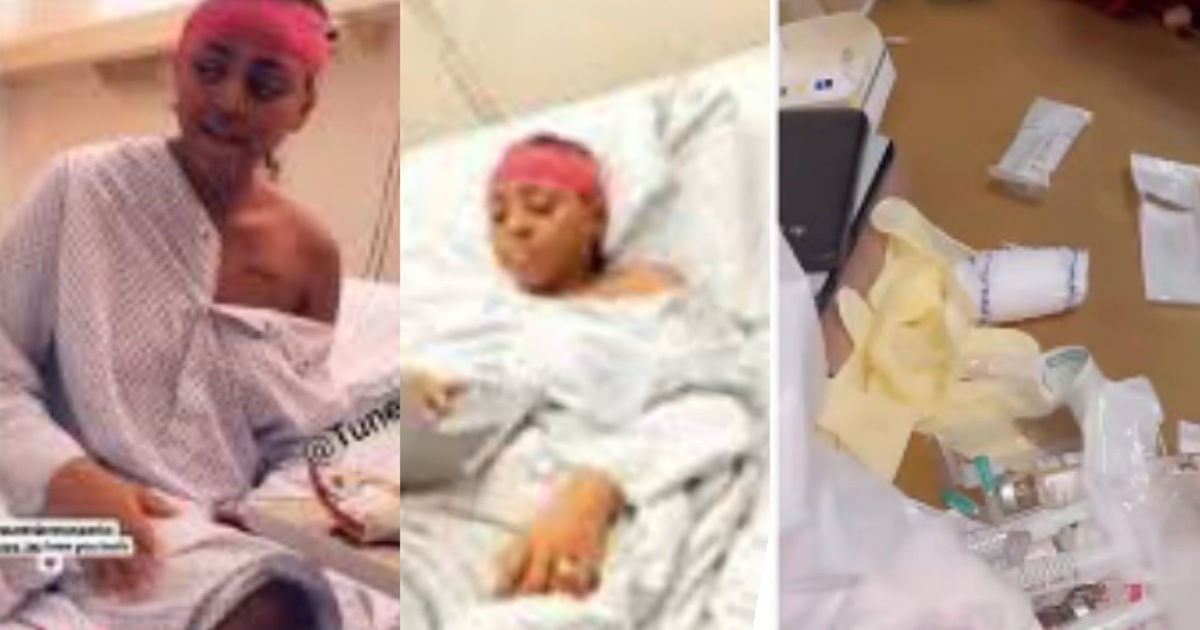 Popular Nollywood actress, Regina Daniels has been rushed to the hospital again following a yet to be disclosed illness.

The sad mother of one shared a photo from the hospital and alerted her fans via Snapchat that she has been rushed to the hospital again.

This is coming weeks after she was admitted to the hospital after undergoing an undisclosed surgery in Dubai.

He Is A Good Father’ – Reactions As Ned Nwoko Spends Quality…

It would be recalled that weeks ago, the screen diva announced her schedule to go under the knife for reasons not revealed despite giving her fans a chill.

The movie star took to her Snapchat, where she shared a video of herself as she was rolled to the theatre for the operation. She was accompanied by her husband Ned Nwoko.

“Hello guys, I’m going for an operation. That’s my husband beside me. See you when I return and wish me luck,” she said.

Wizkid’s baby mama, Shola Ogudu reveals she did not know she was pregnant until after 5 months