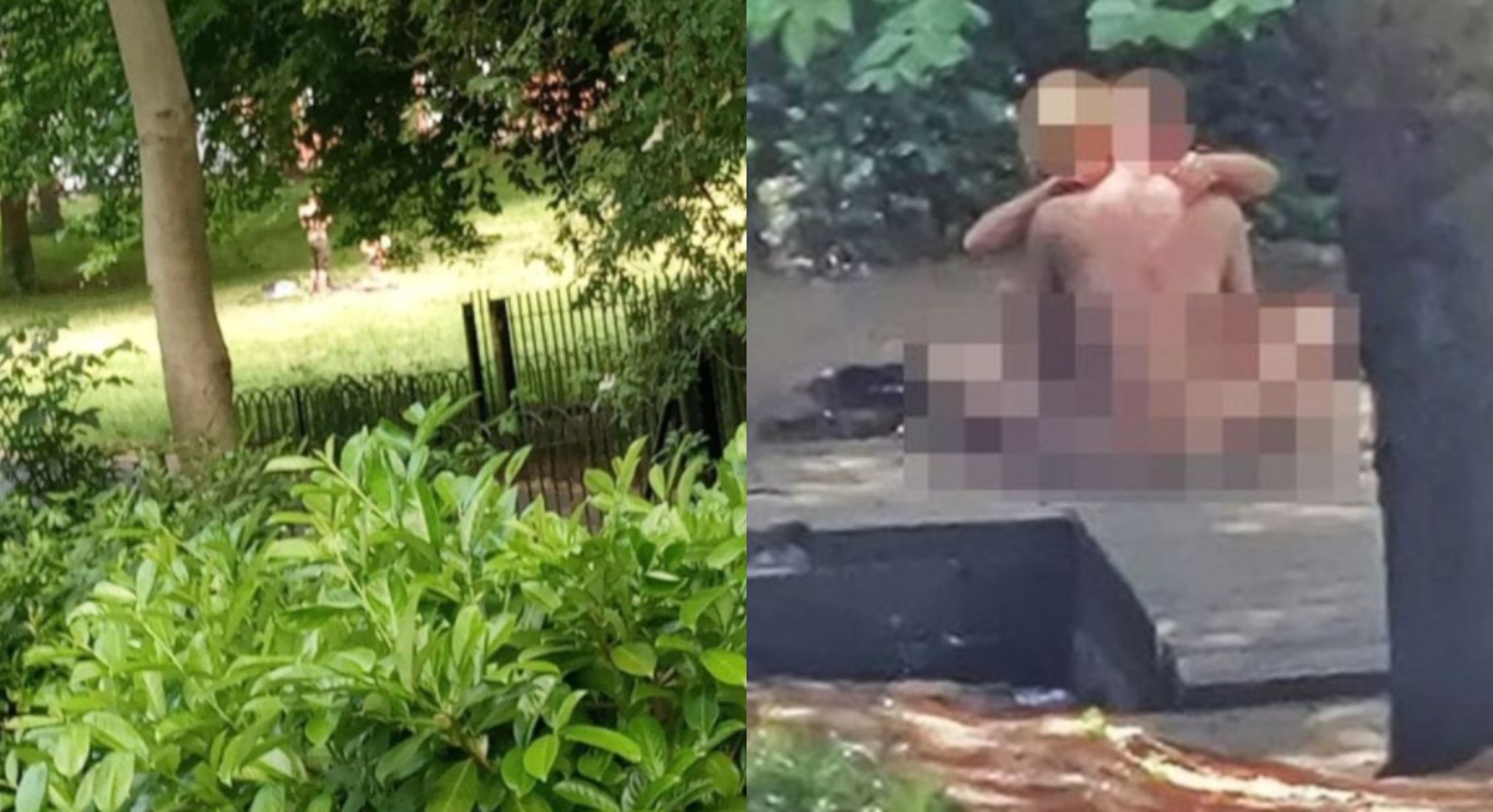 Two adults were nabbed after they were caught making out in broad daylight.
The couple, who are believed to be husband and wife, were spotted having sex in a Manchester public park frequented by children and families, according to Naija News.

Read; Na Juju? Trouble as housewife gets stuck with another man during sex

They were initially captured in the act near the brook in Sunny Brow Park, Gorton, about 12:00 on Wednesday afternoon, June 16, and then in the evening in Manchester, according to reports. While walking her dog, an eyewitness witnessed the pair engaging in the repulsive deed.

Na Juju? Trouble as housewife gets stuck with another man…

“Just when you think you’ve seen it all! Just walking the dog in Sunny Brow Park only to see a couple completely naked having sex! Only in Gorton!” she wrote on Facebook.

She later told the local newspaper: “There were a group of women there who also witnessed it, when I spoke to them they said I had missed the bit where he had her bent over!”

It was revealed that the couple carried on the act for several hours while people pass by at around 2 pm. Another witness claimed to have seen the couple continuing to have sex in an even more public area of the park near the children’s playground. It was at this point Greater Manchester Police were called.

The pair, believed to be in their 30s, were arrested on suspicion of outraging public decency, Naija News reports.

“I called police because they carried it on on the field in front of my child and a few others,” another mum told the publication.

The couple remains in custody for questioning.