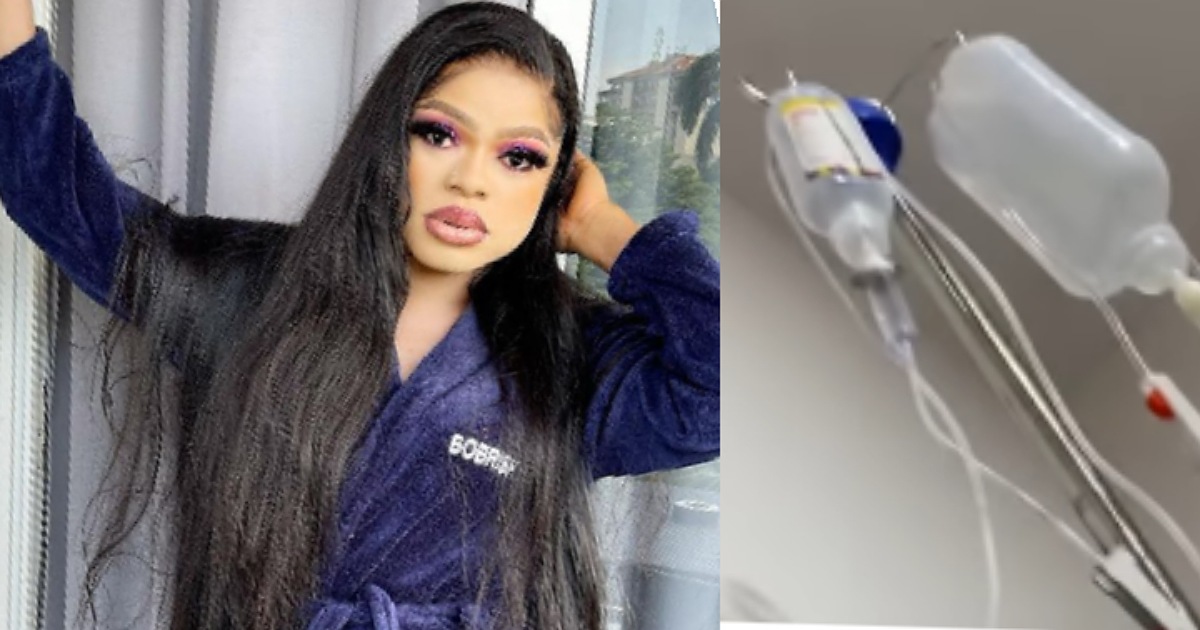 According to the self acclaimed male barbie who disclosed the incident, he was rushed to a hospital after he experienced massive pain on his hips following his surgery.

The cross dresser however maintained that despite the pain, he doesn’t regret undergoing the process of enlarging his backside because the outcome will increase his income.

“I was rushed to d nearest hospital two nite ago cos I was having massive pain on hips.

No regret !!! Banging body loading… massive pain was already expected. Now my market fee has increased. You all need to see my hips is damn big and sexy.”

‘I did cosmetic surgery to please my boyfriend’ – Bobrisky reveals