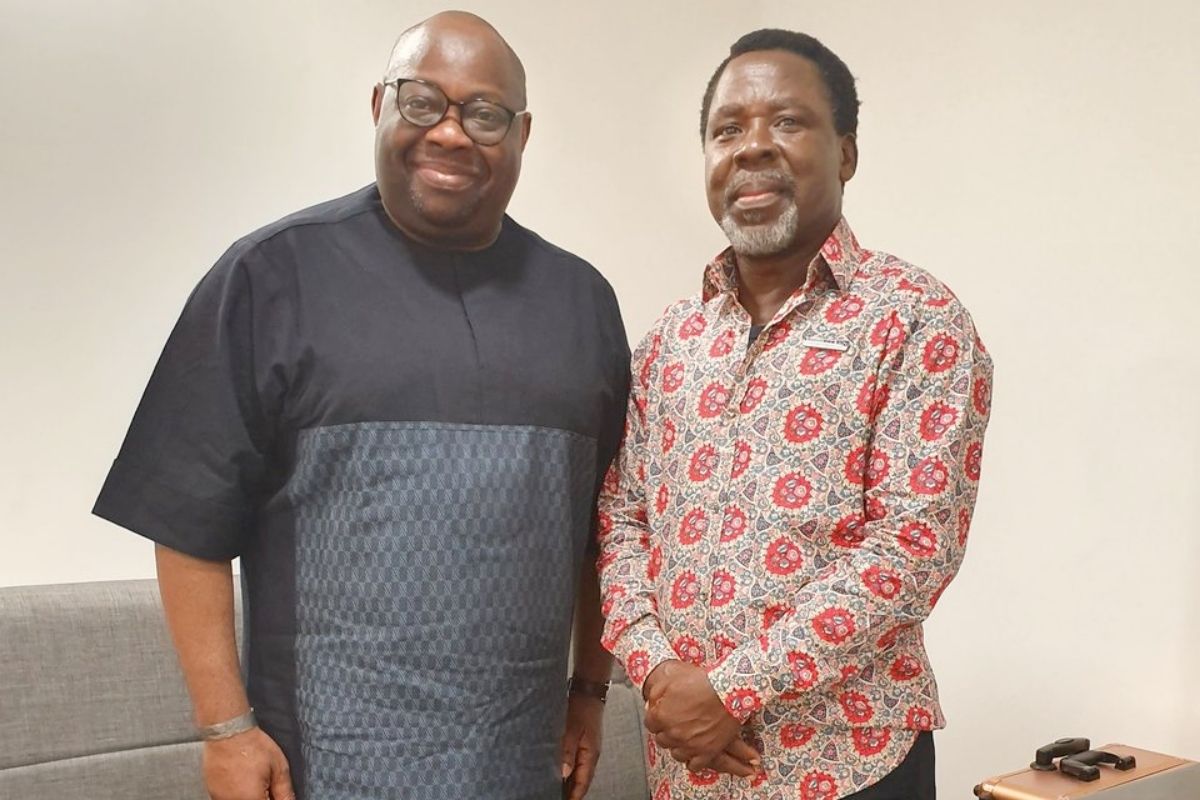 Nigerian journalist and CEO and publisher of Ovation International, Dele Momodu has slammed the Christian association of Nigeria over the death of prophet TB Joshua.

Recall that during the early hours of Sunday, 6th of June, the news about the death of TB Joshua broke the internet and since then, Nigerian celebrities, politicians have taken out time to mourn the prophet.

According to Dele Momodu, the Christian association has kept mute since TB Joshua was announced dead adding that none of them has said a word.

Momodu said this is a sign that TB Joshua is still hated in death as much as he was hated when he was alive.

Taking to Instagram to pour out his mind, the journalist wrote;

“Seriously no word from the Christian community in Nigeria regarding the death of TB Joshua. Even in death, he is still hated. Does he really need any validation… All souls will die.”