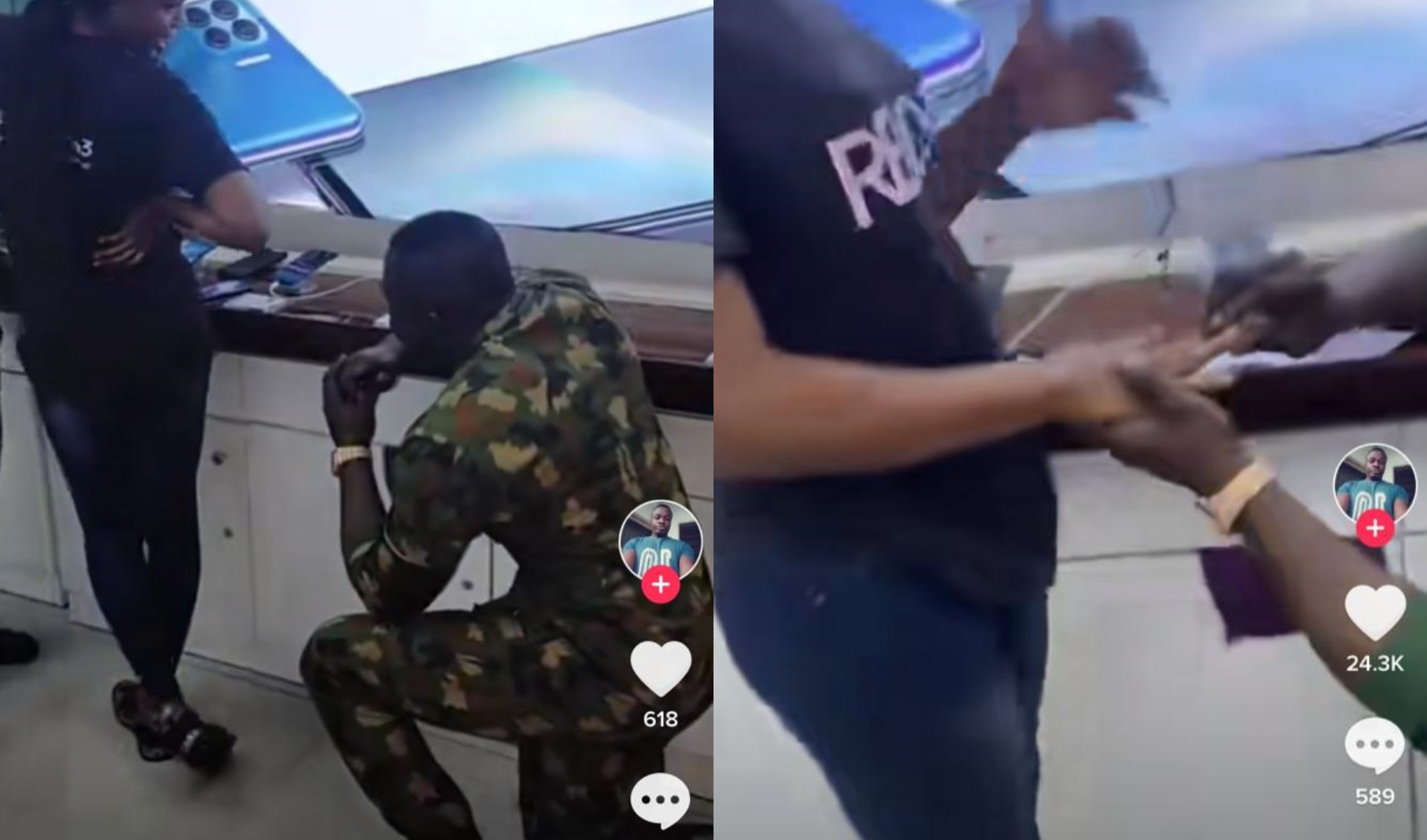 A viral video shows a Nigerian soldier surprising his  with a ring and proposing to her at her job.

The soldier, who has yet to be recognized, arrived at his girlfriend’s office with a ring, knelt down in front of her and proposed to her, receiving a YES. She was cheered on by her colleagues.
In the viral video, the woman who had no idea her boyfriend was at work went about her duties until she heard a cheering noise and saw him on his knees with the ring in his hand.

Read; Nigerian man proposes to girlfriend at his secondary school in Ibadan

Nigerian man flogs his girlfriend for allegedly cheating on…

Surprised! she initially walked away trying to process to whole scene, came back with a smile and accepted the ring, agreeing to spend forever with him. 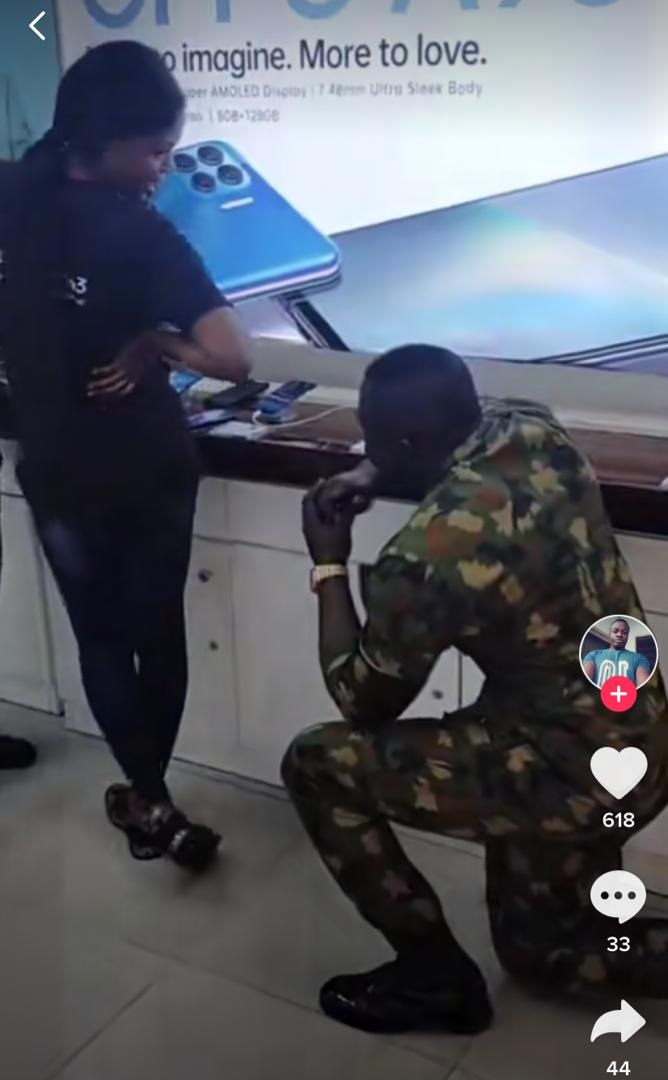 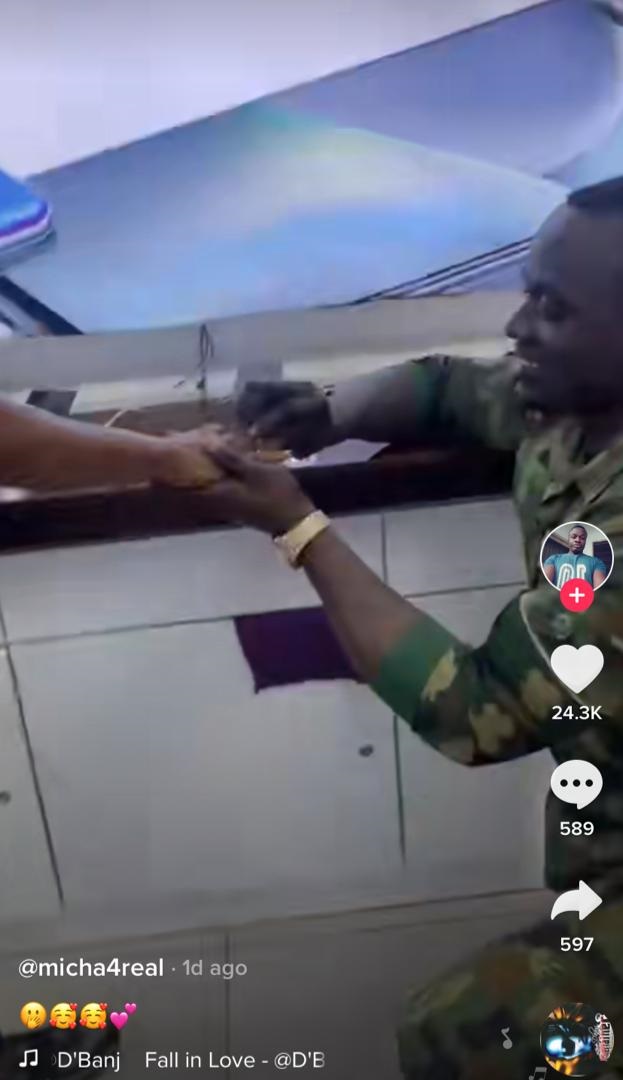 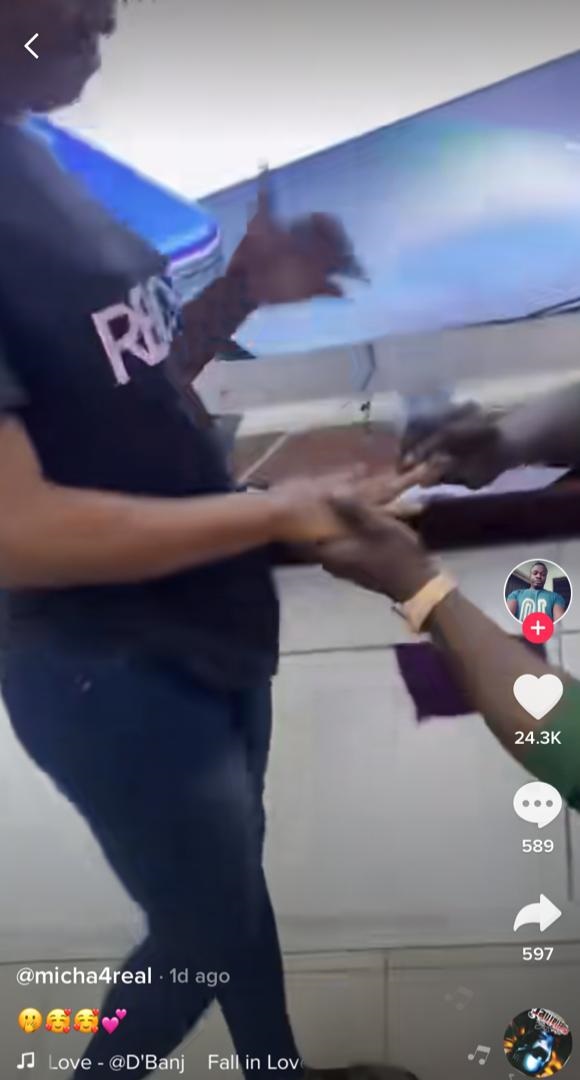 My boyfriend slapped me because I playfully refused to return his N1,200 – Lady laments