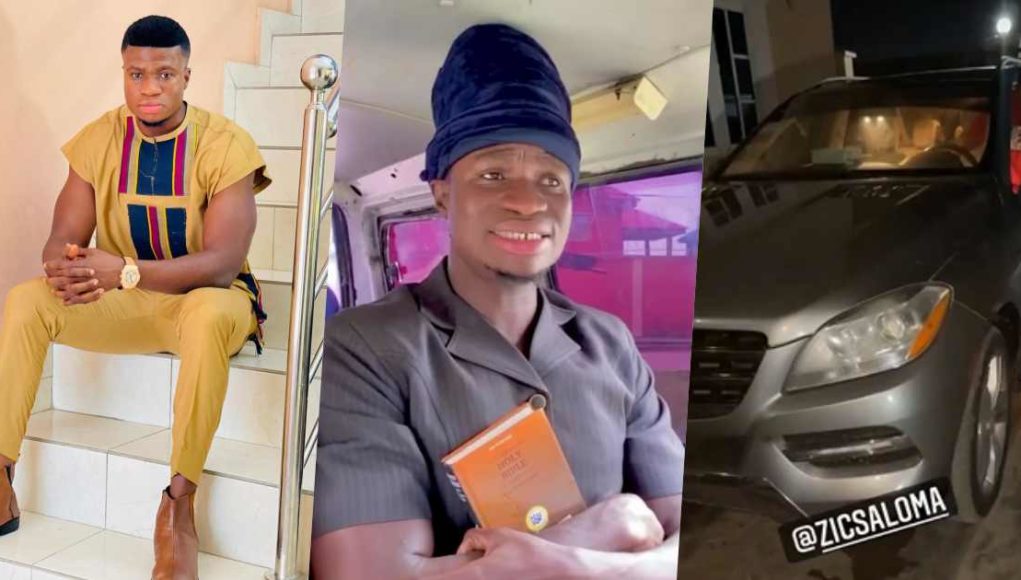 Aloma Issac Junior, popularly known on Instagram as Zicsaloma, has officially joined the Benz gang by purchasing a Mercedes Benz.
The comedian is recognized for his comedic portrayal of a sensitive Nigerian woman who dresses in strange clothing and wears questionable make-up. He abandoned his work as a lecturer to pursue his dream of becoming a comedian.

After a colleague comic, Nons Miraj, broke the news first on her page, Zicsaloma took to Instagram to announce the news, reposting a video of his new ride on his Insta story.

Shatta Wale mocks Sarkodie in the most unusual way (With…

Messages of congratulations have flooded his social media page from fans and well-wishers.