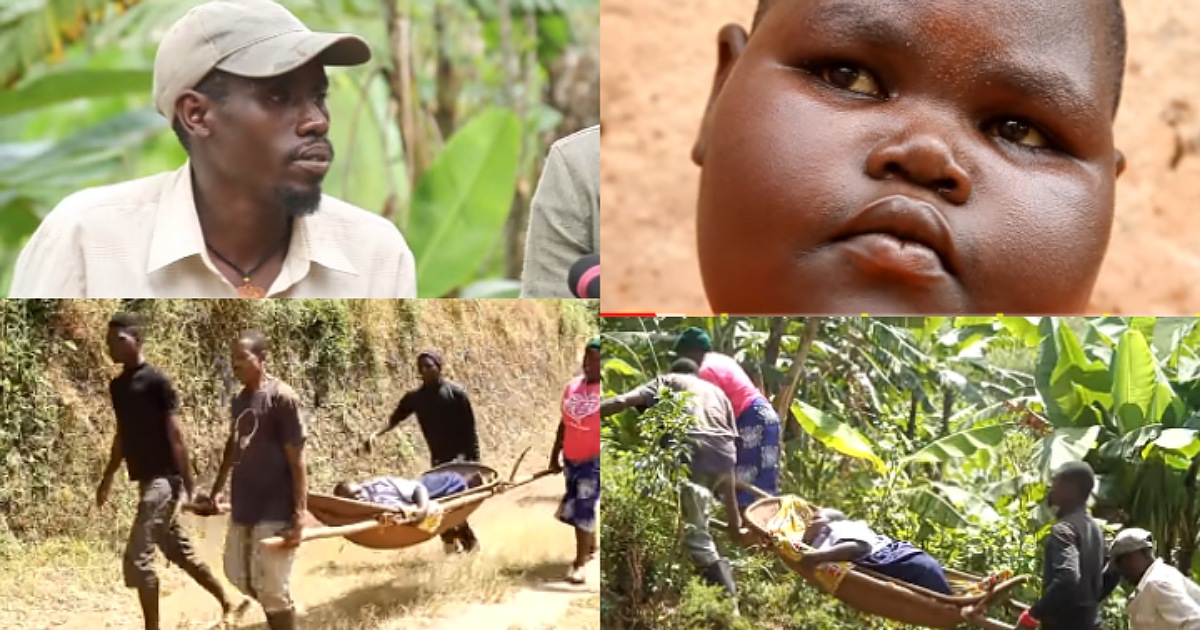 A father of two children has narrated how it has been difficult for him to carry his obese daughter to school every morning.

His daughter, Innocent was born normal with 2.5kgs at birth but when she was 3months, she gained 10kgs and when they went to the hospital at 6 months she was 18kgs.

Her father explained that they got worried and when they took her to the hospital to check if she was sick, the doctor did all the test and no disease was detected.

My wife gave birth to twins and went into coma –…

However, they were not satisfied and they decided to take her to another hospital where they were told that their baby needs to go abroad for further treatment but since they didn’t have money, they just stayed at home.

According to her father, Innocent is a very bright student and he didn’t want her to stop going to school, so he decided to build a basket where she lays there and other 3 men help to carry her.

Jubilation as Actor, Timini Egbuson gifts himself a Range Rover for his birthday